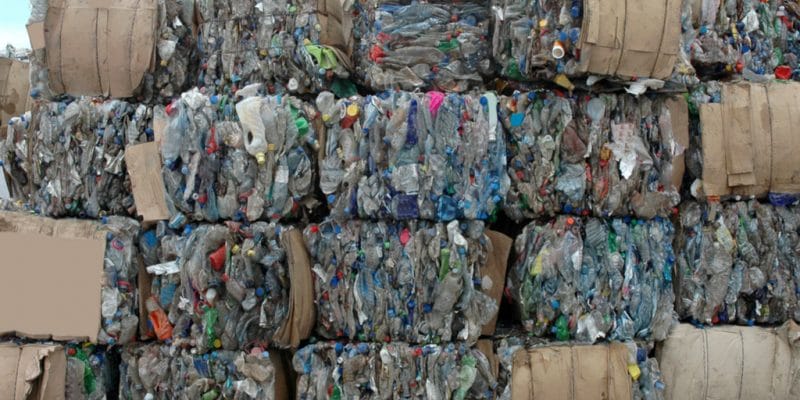 While Senegal is still trying to improve the management of monthly production of plastic waste estimated at 200,000 tons, the customs have just seized a container of 25 tons of plastic waste from Germany. In addition to the re-export of the cargo, the company Hapag-Lloyd, which was responsible for this offence, will pay a fine of 2 billion CFA francs (about 305 million euros).

Waste trafficking is making waves in Senegal. The German company Hapag-Lloyd is now in the hot seat after attempting to smuggle 25 tonnes of plastic waste into Senegal. The container of waste was seized by Senegalese customs.

Hapag-Lloyd has been ordered to repatriate its container of waste. But first, the company will pay a fine of 2 billion CFA francs (about 305 million euros). This seizure is far from being a first in Senegal. Illegal trafficking of waste, especially plastic, is taking on alarming proportions in this country, which already produces 200,000 tonnes of plastic waste per year.

In Senegal, despite the existence of a law banning single-use plastic bags of less than 30 microns, the urban landscape continues to be polluted by this waste, which is mostly made up of disposable bags, packaging, and water bags. Illegal trafficking also involves hazardous waste. In 2020, 34 people were arrested in Spain as part of an investigation into illegal exports to Senegal and seven other West African countries, including Ghana, Gambia, Togo, Benin, Guinea, Sierra Leone and Nigeria.

A growing trade in Africa

These traffickers were attempting to import 2,500 tonnes of electronic waste. Tunisia is also concerned by this phenomenon. At the end of 2020, 70 containers of waste from Italy with 120 tonnes of medical waste were seized on arrival at the port of Tunis. In Africa, the non-governmental organisation (NGO) Greenpeace has made this its battle horse.

“Africa is not a dumping ground and can no longer be at the mercy of foreign corporate interests. These companies have no respect for the laws they collectively develop and vote on,” says Awa Traoré, the head of Greenpeace Africa’s Oceans campaign. These include the Basel Convention on the Control of Transboundary Movements of Hazardous Wastes and their Disposal, adopted on March 22nd, 1989, and the Bamako Convention on the Ban of the Import into Africa of Hazardous Wastes and on the Control of Transboundary Movements and Management of Hazardous Wastes within Africa.

“These developed countries also make the world believe that plastic packaging can be sustainable, yet it is being sent back to African shores,” says Awa Traoré. For Greenpeace, it is imperative that African governments are more assertive in enforcing local pollution control measures, and thus reduce the environmental injustice that Africa is suffering.

KENYA: a waste-to-energy plant will be built in Kericho