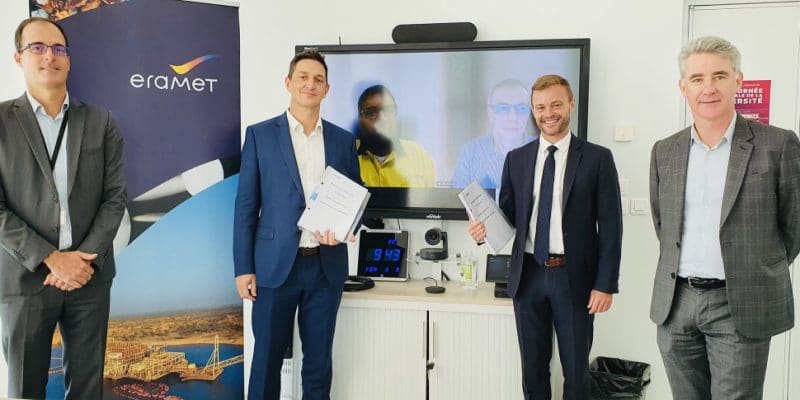 Solar energy provider CrossBoundary Energy has signed an agreement with Grande Côte Operations (GCO), the subsidiary of French group Eramet. The agreement covers the installation of a 13 MW hybrid solar power plant with storage for the company's operations in Diogo, north-western Senegal.

CrossBoundary Energy’s project portfolio is growing in West Africa. The electricity access solutions provider has signed an agreement with Grande Côte Operations (GCO) to build a hybrid solar power plant in Diogo. The subsidiary of the French mining and metallurgical group Eramet mines mineral sands in this locality, which is located more than 100 km from the Senegalese capital Dakar. This activity requires a significant amount of energy.

GCO now wants to produce this energy from renewable sources, in particular photovoltaic solar energy, hence the partnership with CrossBoundary Energy. The Nairobi, Kenya-based company will finance, build and operate a 13MW hybrid solar power plant, which will be connected to a battery storage system capable of storing 8MW of electricity to meet the quarry’s needs after sunset or during bad weather.

On site, the solar panels and batteries will be installed by juwi Renewable Energies, a subsidiary of juwi AG. Under the agreement signed between the two companies, GCO will purchase the electricity generated by the CrossBoundary solar power plant for a period of 15 years.

“The clean, renewable and available energy from this hybrid plant will contribute to GCO’s environmental and economic performance. The environmental value of the raw materials, titanium and zircon that GCO produces will be positively impacted. This concrete commitment to low-carbon energy reflects the values and ambition of GCO and Eramet’s teams to provide solutions to the climate challenge and to the well-being of all,” explains Guillaume Kurek, GCO’s CEO.

CrossBoundary plans to commission its hybrid solar power plant in early 2023. The installation will reduce GCO’s carbon footprint while improving its sustainability approach. CrossBoundary estimates that the plant will reduce CO2 emissions from GCO’s operations by 40% by 2035. This is another major project that CrossBoundary will undertake in West Africa. A few months ago, the clean energy provider installed a 1095 kWp solar power plant on the roof of the Guinness Ghana Breweries brewery in Achimota in the Accra metropolitan district.