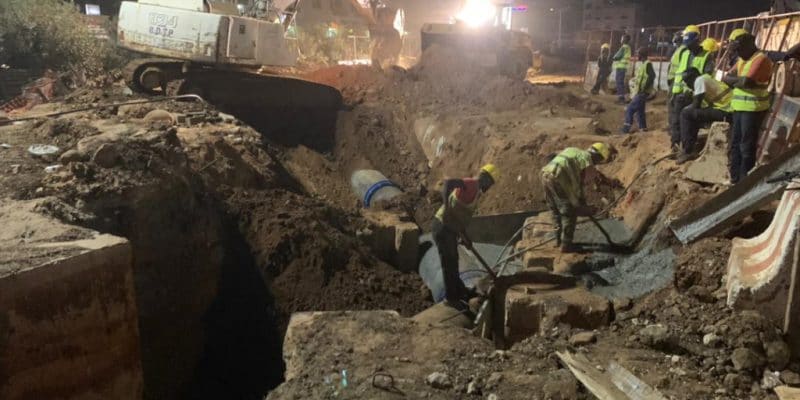 Barely two years after it began operations, Sen'Eau, the company responsible for the operation and distribution of drinking water in urban and peri-urban areas in Senegal, has received a promise of financing. The Compagnie Bancaire de l'Afrique de l'Ouest (CBAO) will mobilize 10 billion CFA francs (15 million euros) to strengthen Sen'Eau's operational efficiency.

The financing agreement between Sen’Eau, the company responsible for the operation and distribution of drinking water in urban and peri-urban areas in Senegal, and the Compagnie Bancaire de l’Afrique de l’Ouest (CBAO) was signed on 30 November 2021. According to the agreement, the subsidiary of the Moroccan financial group Attijariwafa bank will mobilize 10 billion CFA francs (more than 15 million euros) over 12 years to support the activities of the public utility.

Since it began operations on January 1st, 2020, Sen’Eau has distributed 300 million m3 of water across 11 regions of Senegal, with the French group Suez as its primary technical partner, which holds a 45% stake in the company. The remaining 55% is divided between the Senegalese state (24%), Senegalese partners (20%) and employees operating in the Senegalese water sector (11%). With the funding from CBAO, Sen’Eau should move towards its goal of universal coverage of drinking water in its geographical area of operation. A series of projects are planned.

Sen’Eau will proceed with the renewal of pipes, connections, electromechanical equipment, etc. To guarantee excellent service, new customer software and intelligent network and production supervision tools will be developed. “Our action plan brings together other priorities, namely sustainable performance, reducing the energy and environmental footprint, creating a center of excellence and innovation, and improving logistical working conditions,” says Sen’Eau.

The CBAO funding should also be used for the operation by Sen’Eau of the water facilities that will soon be commissioned in this country with a population of 16.74 million people according to World Bank estimates in 2020.