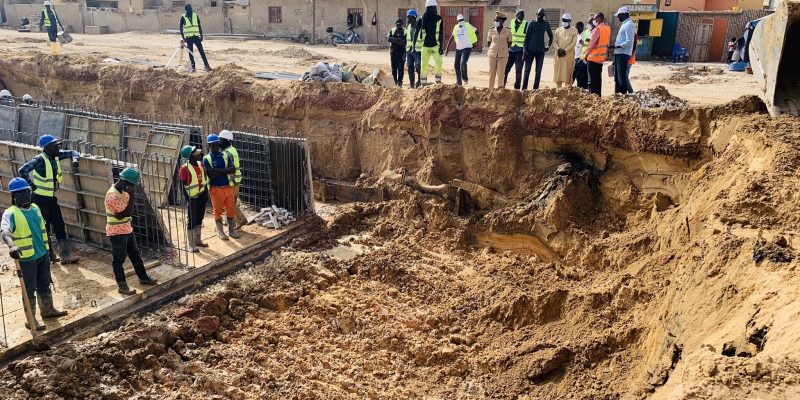 The West African Development Bank (BOAD) is granting a €60 million loan to the Senegalese government for the implementation of the Sanitation Programme in 10 towns and the Programme for the Replacement of Temporary Shelters and Related Works (PROPAP). The work underway will contribute to improving the living environment of the people of Senegal.

The two agreements recently signed between the State of Senegal and the West African Development Bank (BOAD) will accelerate sustainable development through improved sanitation. The first agreement concerns the financing of the consolidation phase of the sanitation programme in 10 towns in Senegal for an amount of 15 billion CFA francs (22.8 million euros). The second agreement concerns the granting of 25 billion CFA francs (more than 38 million euros) for the implementation of the Programme for the Replacement of Temporary Shelters and Related Works (PROPAP).

Subsequently, BOAD’s financing will enable the installation of a rainwater drainage system comprising 12,414 ml of drainage collectors, 3,567 ml of reprofiling of natural creeks, 02 capping basins with a total capacity of 39,000 m3 and 7,992 ml of paved roads, says the financial institution based in Lomé, Togo.

Improving the living environment of the population

Ultimately, the sanitation programme in 10 Senegalese cities will increase the rate of access to sanitation from the current 56% to 74% by 2024, through the additional treatment of 10,408 m3 of wastewater per day. While water is sometimes contaminated in the country due to household waste and animal droppings, the project will also combat pollution and reduce the risk of flooding in the city of Kaolack, located 191 km from the capital Dakar, by 30%.

The Programme for the Replacement of Temporary Shelters and Related Works (PROPAP) aims to rehabilitate numerous schools and infrastructures for approximately 85,624 disadvantaged children. To this end, 1,529 equipped classrooms will be built in the fourteen regions of Senegal, as well as 607 latrine blocks in schools and 59,000 linear metres of fencing made of local materials.