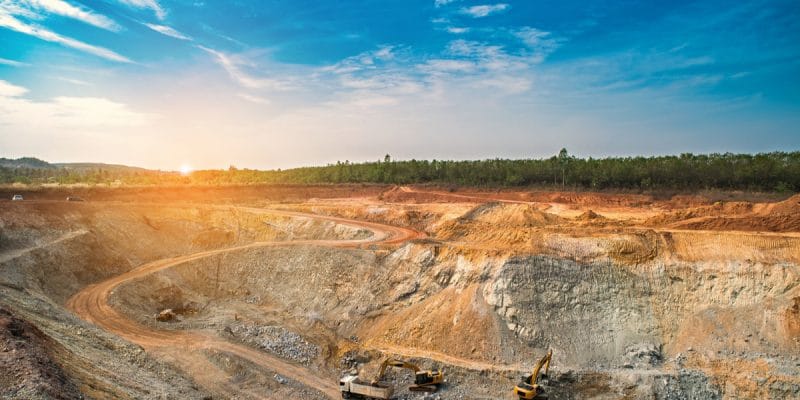 The project to extend the facilities of the company "Le Ciment du Sahel" is causing people in Bandia, a town east of Dakar, Senegal, to worry. The project would result in the clearing of an additional 236 hectares of land in a baobab reserve. Under the leadership of nature conservation NGOs, the people of Bandia are appealing to President Macky Sall for help in the face of what they consider to be an ecological disaster.

“Le Ciment du Sahel” (CDS), a cement company with a capital of CFAF 13.5 billion (€20.6 million) owned by the Layousse family, is Senegal’s largest cement plant, producing 600,000 tonnes of cement per year. Already little appreciated by the people of Bandia, where it has been exploiting limestone reserves since 2002, the cement plant has just obtained a licence to exploit an additional 236 hectares in the Bandia baobab forest. The news has caused anger and concern among residents and environmental groups.

The allocation of additional hectares to the company “Le Ciment du Sahel” would be an “ecological disaster”, said the NGO Nebeday. In September 2019, the inhabitants of Bandia protested to have the President of Senegal intervene. “There were mango trees, eucalyptus trees, acacias, baobabs… Look, there is not a single flower, not a single animal. Here, nature will never be able to recover itself again,” Mame Cheikh Ngom, Professor of Geography at the University of Dakar, told the French news agency AFP. The Bandia native adds that only 2,000 hectares of forest remain, only one fifth of the original area.

Although required by law to restore the soil after mining, the cement plant is reported to have abandoned some 20 opencast limestone mines, leaving behind a lunar landscape that is not conducive to the rebirth of fauna and flora.

The operating licence is not final

In response to the fears of the approximately 10,000 inhabitants of Bandia, the government announced that the project to extend the cement company had been suspended and that the operating licence issued to it was not final.

However, the Senegalese minister responsible for the Environment seemed to be more interested in the need for economic growth than in protecting the Bandia baobab forest. Abdou Karim Sall, in the columns of the newspaper Le Monde, cited several recent reforestation projects that could compensate for the deforestation caused by the cement plant expansion project.

And yet the Bandia Forest is no ordinary forest. Its thousand-year-old baobabs (some) are associated with symbols evoking life and death: while their leaves are used to make medicinal herbal teas and their fruits as remedies for newborns, the barks of baobabs have long served as a shroud for griots.