Homepage » SENEGAL: An Initiative involving restaurants in the fight against pollution

SENEGAL: An Initiative involving restaurants in the fight against pollution 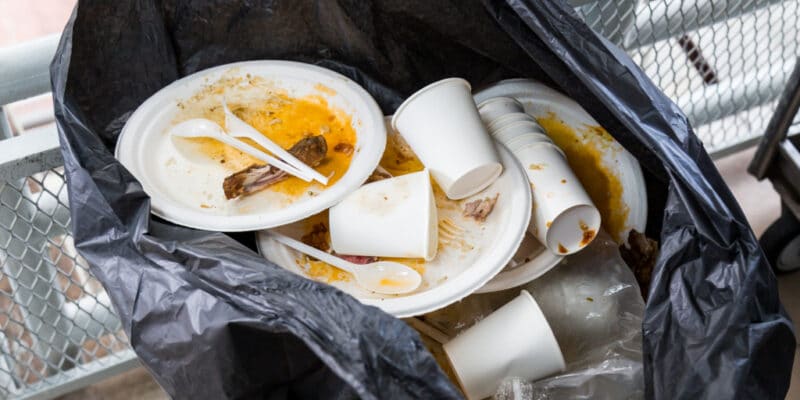 The association Zéro déchet Sénégal has launched its initiative called "Mon restaurant zéro déchet" (My zero-waste restaurant). Through its project, implemented on the Dakar peninsula, the association wishes to commit restaurants to the preservation of the oceans through the reduction of plastic waste.

In Senegal, the association Zéro déchet (Zero Waste) is calling on restaurants to help rid the oceans of plastic waste. On February 10th, 2021, it launched the “My Zero Waste Restaurant” initiative in the capital Dakar. The short-term objective is to label 10 “zero waste” restaurants before the end of February. Ten restaurants that obtain the label “zero plastic bottles” means 50,000 bottles avoided per year. Every year, eight million tonnes of plastic end up in the ocean,” says Zero Waste Senegal.

The association has created a label for each type of waste, including plastic bottles, disposable straws and coffee capsules. “In this way, every restaurant on the Dakar peninsula can make a commitment at its own pace. For each type of waste, we offer alternative turnkey solutions. In addition, each restaurant is highlighted on our website, as well as on social networks,” says Zéro déchet Sénégal.

In its pilot phase, the “My Zero Waste Restaurant” project has enabled the Copacabana Surf Village restaurant to be labelled, which has helped to raise awareness among nearly 10,000 visitors. The Zéro déchet association wants to go further. With a population of around 3 million inhabitants and located on the Atlantic Ocean coast, Dakar is home to 80% of Senegal’s economic activities. The association is supported by the Portuguese embassy; Camões, a Portuguese international institution dedicated to the promotion of Portuguese culture and international aid. The association Zero Waste Senegal also recounts the support of Copacabana Surf Village.

An initiative among many others…

Maritime traffic and beach users remain the main polluters of the Senegalese coast. Among the most polluted seaside resorts is Bargny, located in the west of the country. Tourists throw all kinds of waste, mostly plastic packaging, into the sea. However, a law banning plastic bags was passed in 2015 in Senegal.

To rid Bargny of plastic waste, the Club de réflexion et d’actions citoyennes (Crac) launched the “zero waste beach” operation in August 2020. The island of Gorée will also be cleaned up thanks to the “Gorée Zero Waste” initiative launched the same year. Waste will be collected from the water by divers in the north of the island located near Dakar. The land-based component of the project will be carried out by groups of Senegalese youth, environmentalists and activists.