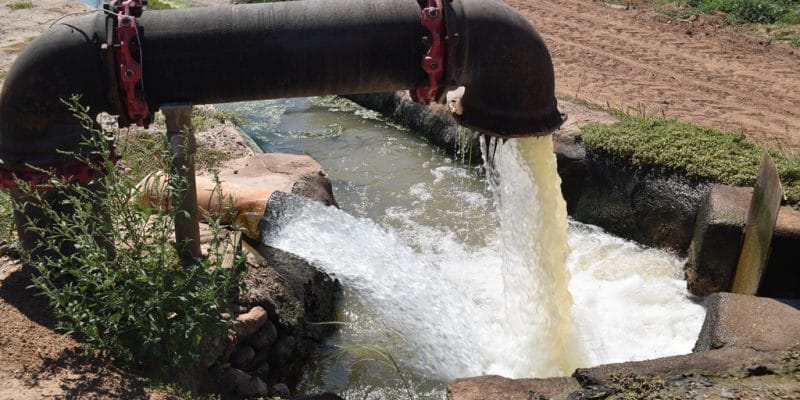 AFD had already released 60.7 billion CFA francs (92.5 million euros) for the construction of this station located nearly 250 km from Dakar, the capital of Senegal. The agreement opening the disbursement of an additional 15 million euros was recently signed between the Senegalese Minister of Economy, Planning and Cooperation, Amadou Hott, and the Director of AFD in Senegal, Alexandre Bontier.

A station operational in 2020

The overall cost of building the Keur Momar Sarr drinking water plant amounts to €274 million. To carry out this project, the Government of Senegal has also contracted a loan from the World Bank, the African Development Bank (AfDB), the Islamic Development Bank (IDB) and the European Investment Bank (EIB).

The construction of the Keur Momar Sarr drinking water plant is in its final stages. The Senegalese authorities plan to put the system into service by 2020. This project is being implemented by the auxiliary water supply company (Sade), Eiffage and Sogea-Satom. These companies are assisted by at least six Senegalese companies. The 200,000 m3 of drinking water supplied daily by the Keur Momar Sarr plant will be pumped into Lac Guiers.

The contracting companies will also install 213 km of 1.5 m diameter pipelines between the small municipality of Keur Momar Sarr and the new town under construction in Diamniadio, near Dakar. Before arriving in the capital, the pipeline will benefit the municipalities of Ndande, Tivaouane, Kébémer, Thiès, as well as the villages around Lake Guiers. The contractors will also build two storage tanks of 10,000 m3 each in Thiès, as well as three distribution tanks still in the same city, at Blaise Diagne International Airport and Diamniadio. The water from the new station will be distributed mainly in the Louga, Thiès and Dakar regions.