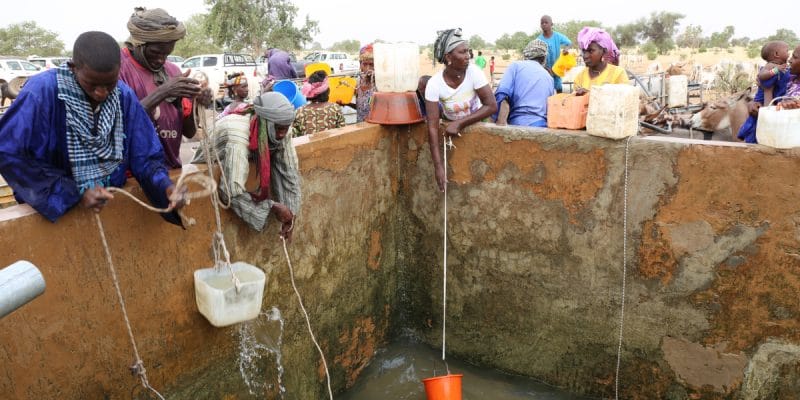 At the instigation of the United Nations (UN), some twenty governments and donors will release more than 1.7 billion dollars for the central Sahel. The funds are earmarked for various sectors, including drinking water and sanitation. With 86 million inhabitants and an estimated population growth of 2.8%, the region faces a triple challenge: climate change, conflict and the Covid-19 pandemic.

The UN paints a bleak picture of the human, health and environmental conditions in the Central Sahel region. Populated by just over 86 million people, the border region between Mali, Burkina Faso and Niger has been marked in recent weeks by record rainfall, resulting in a tragic human toll. In addition, there has been armed violence between jihadist groups and government forces supported by international forces, not to mention the Covid-19 pandemic. This year alone, these three factors have forced more than 1.5 million people in the Central Sahel region to leave their homes. As a result, 13 million people, including 7 million children, are dependent on humanitarian aid in the region. Hunger is a recurrent problem, tripling last year to reach some 7.4 million people.

To increase support for Central Sahel and prevent it from plunging into what the UN has announced as “one of the world’s biggest humanitarian crises”, 24 governments and donors, including 14 European Union countries, as well as Japan, Canada and South Korea, were brought together on October 20th, 2020 through a videoconference. The meeting, jointly organised by the UN, Denmark, Germany and the European Union, resulted in funding commitments of just over $1.7 billion.

The urgent need to strengthen climate finance in the Sahel

The UN is convinced that solving climate problems in the Sahel can also put an end to security crises. The Sahel region was used as an example during the UN Security Council briefing on September 17th, 2020 on the humanitarian impact of continuing environmental degradation, peace and security. “If we avoid, reduce and reverse land degradation in a coordinated manner, we can better prevent, anticipate and manage many conflicts around the world,” said Ibrahim Thiaw, Executive Secretary of the United Nations Convention to Combat Desertification (UNCCD).

At the November 2018 meeting of the Peace Building Commission (PBC) on the Sahel, UN Deputy Secretary-General Amina J. Mohammed had already called on the international community to address the root causes of conflict and crisis in the Sahel, citing climate change in particular. According to her, partnerships with governments, regional and international institutions, the G5 Sahel, communities and the private sector must invest in climate change mitigation and adaptation projects as a priority.

MADAGASCAR: AfDB ensures the environmental sustainability of the projects it finances

CAMEROON: towards the creation of a training centre for water professions

BENIN: an agreement between Qotto and Canal+ for solar-powered television

CAMEROON: towards the creation of a training centre for water professions