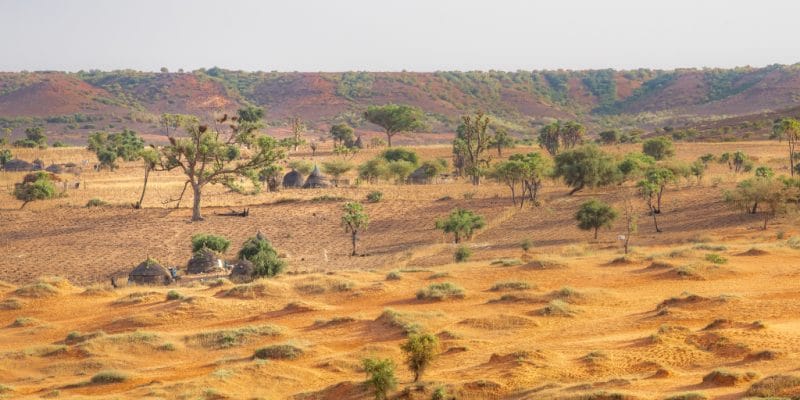 The Great Green Wall initiative is benefiting from a new $143 million funding program. The commitment from the Green Climate Fund (GCF) and the International Fund for Agricultural Development (IFAD) will benefit seven Sahelian countries.

On the sidelines of COP26 in Glasgow, Scotland, the Green Climate Fund (GCF) and the International Fund for Agricultural Development (IFAD) announced financial support for the achievement of the Great Green Wall objectives. This African Union (AU) initiative aims to plant a mosaic of trees, grasslands, vegetation and plants over 8,000 kilometers long and 15 kilometers wide across the Sahara and Sahel to restore degraded land “and help the people of the region produce adequate food, create jobs and promote peace.”

The Integrated Climate Risk Management Program in Africa, to which GCF and IFAD are committing, involves seven Sahelian countries: Burkina Faso, Chad, Gambia, Mali, Mauritania, Niger and Senegal. The Sahel is one of the most vulnerable regions to climate change. Researchers estimate that the temperature there is rising 1.5 times faster than elsewhere in the world. As a result, the climate is becoming drier, and the rainy season is becoming shorter and more intense, occurring later in the year.

The contribution of the AfDB, ARC and WFP

In this situation, “farmers are confused about when to plant and harvest. Increased frequency of extreme weather events such as droughts and floods can cause a drop in production of up to 30 percent, and higher humidity can increase the number of diseases affecting crops and livestock,” says IFAD. The $143 million funding program signed with the GCF aims to support farmer resilience and restoration of drought-degraded land.

Of this funding, $82.8 million is provided by the GCF. The other $60.4 million is being provided by IFAD, the African Development Bank (AfDB) and the Pan African Risk Management Corporation (ARC), a specialized AU institution. In the area covered by the Great Green Wall project, the Integrated Climate Risk Management Program in Africa aims to restore ecosystems, increase food security, generate employment and promote peacebuilding.

The Sahel is also facing growing insecurity caused by terrorist movements. Supporting farmers should create jobs and reduce the exposure of young people to the recruitment strategies of terrorist groups. All program partners, including the World Food Programme (WFP), will invest in climate information and early warning systems that will help prevent or limit the effects of a climate crisis (drought and flooding).

The program will also enable the adoption of climate-resilient agricultural techniques, as well as more appropriate measures that will promote farmers’ adaptation to reduce losses and damage. IFAD estimates that the program will benefit 5.4 million smallholder farmers while reducing or eliminating an estimated 21.4 million tons of carbon dioxide over the course of the program.