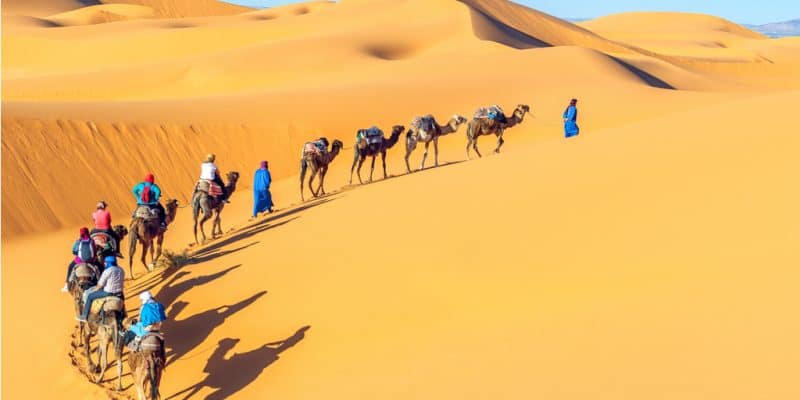 In a recent study published in the American journal Science, scientists estimate that the installation of wind turbines and solar panels in the Sahara Desert would provide the world with clean energy. This would also increase the level of precipitation and lead to increased vegetation.

The Sahara Desert is spreading a little more every day. Scientists estimate that it has increased by 10% in a century; an advance caused by global warming, which has visible consequences, including the drying up of Lake Chad. While initiatives are multiplying on the African continent to slow the advance of the desert, a study published in the American journal Science gives some hope.

“Modelling studies have shown that large wind and solar farms can produce significant continental-scale climate change and locally promote precipitation,” said Yan Li, a researcher in natural resources and environmental science at the University of Illinois and lead author of the report. According to him, the choice of the Sahara desert was the subject of study, among many other sites in the world that could host this kind of gigantic installation. “It is the largest desert in the world; it is sparsely populated; it is very sensitive to climate change; and it is located in Africa, close to Europe and the Middle East, which have significant and growing energy needs,” says the researcher. Yan Li says that the installation of 3 million wind turbines and solar panels in the Sahara could provide the world with electricity.

No more precipitation in the desert

As for solar panels, Yan Li assures that they reflect the sun’s rays better, which are normally absorbed by desert sand, thus causing the soil to warm up. It is called the albedo effect. In the report, researchers note that rainfall is increasing by 50% in areas covered by solar panels in the middle of the desert. Thus, the two modes of electricity production combined could contribute to the revegetation of part of the Sahara, since together they would allow the level of precipitation to increase by 145%.

Who says vegetation, says a greater reflection of the sun’s rays, causing more rainfall, which will bring more moisture into the desert. In short, a virtuous circle at last….

The thorny issue of funding

In order to get back on the ground, it should be recalled that the realisation of such a project could take much (more) time. Yan Li’s hypothesis is based on a production of 79 terawatts of electricity! A capacity almost 80 times greater than the solar and wind power currently installed in the world, which is estimated at a single terawatt.

The other argument that cools down the heat a little is the cost. According to a study by the institute Bloomberg New Energy Finance (BNEF), it already takes €1,063 billion to produce 1 terawatt of electricity from solar panels and wind turbines. The application of the hypothesis developed by the American researchers therefore seems absolutely out of reach.

However, without going so far as to dream of a rainy future, the countries of the Sahel band are already investing, more and more, in solar and wind energy with confidence as they are in the energy potential of the vast arid expanse. It is the case with Egypt, which launched the “Benaban” project a few months ago, which aims to produce 2 gigawatts of electricity by 2019. Four solar power plants, as part of the project, have already been inaugurated near the town of Aswan in southeast Egypt.