Homepage » RWANDA: Waste to Resources, an initiative to valorise waste in Kigali

RWANDA: Waste to Resources, an initiative to valorise waste in Kigali 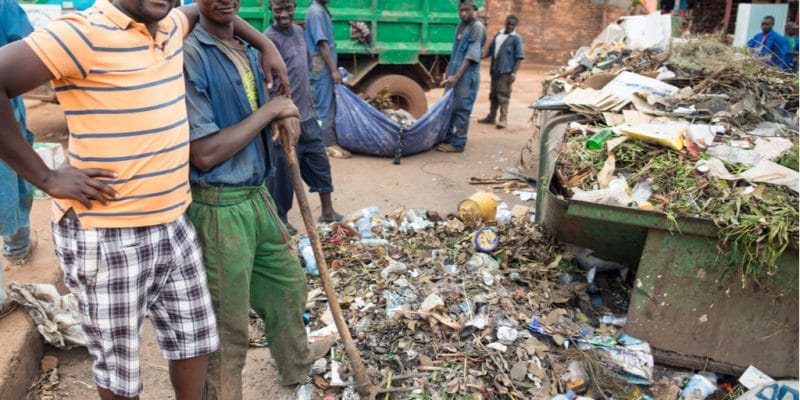 A new solid waste management project has been launched in the Rwandan capital Kigali. Named "Waste to Resources", the project will notably allow the transformation of the city's waste into secondary raw material, to be reintroduced into the production cycle.

After the installation of smart bins in the city of Kigali in 2020, the government of Rwanda is launching the “Waste to Resources” project in the capital on August 24th, 2021. It will allow solid waste to be treated as a resource, notably through recycling. The main objective is to reduce pollution in Kigali, in a context of rapid population growth. With an estimated population of over 923,000 in 2002, the city is currently home to over 1.1 million people.

The Rwandan and Luxembourg governments recently signed a memorandum of understanding to strengthen their cooperation and technology transfer, as part of the Waste to Resources project, aimed at improving the management of municipal solid waste (MSW) and hazardous waste in Rwanda. Also, “the project aims to reduce untreated waste collected at the Nduba landfill through recycling, create income-generating business models from existing waste streams to create green jobs, increase access to sustainable services for residents of the city of Kigali and reduce waste-induced greenhouse gas (GHG) emissions,” explains Faustin Munyazikwiye, the director of the Rwandan Environmental Management Authority (Rema). According to the Rwandan Minister of the Environment, Jeanne d’Arc Mujawamariya, waste management represents 14% of the country’s GHG emission reduction potential.

The city of Kigali has two landfills, located in Nyanza and Nduba. The Nyanza site, in Kicukiro district, was opened in 1983 on an area of 20.8 hectares and closed in 2012 after 29 years of service. Nduba was opened on 1 May 2012, in Gasabo District. It is the only landfill that receives the capital’s solid waste, which increased from 141.38 tonnes per year in 2006 to 495.76 tonnes in 2015. Thus, “an additional area of 19 hectares has been requisitioned for the expansion of the Nduba landfill, which is currently developed on an area of 15 hectares,” says the Water and Sanitation Corporation (Wasac), which provides water and sanitation services in Rwanda.

The Waste to Resources project is in line with Rwanda’s green growth strategy to 2050 and Rwanda’s commitments under the 10-year climate plan recently submitted to the United Nations Framework Convention on Climate Change (UNFCCC). According to the latest Rwanda GHG inventory data (which covers emissions up to the year 2015), the waste sector emits 0.64 million tonnes of CO2, or 12% of the country’s total emissions.