Homepage » RWANDA: Volcanoes Park to be expanded by 23% with $255 million investment

RWANDA: Volcanoes Park to be expanded by 23% with $255 million investment 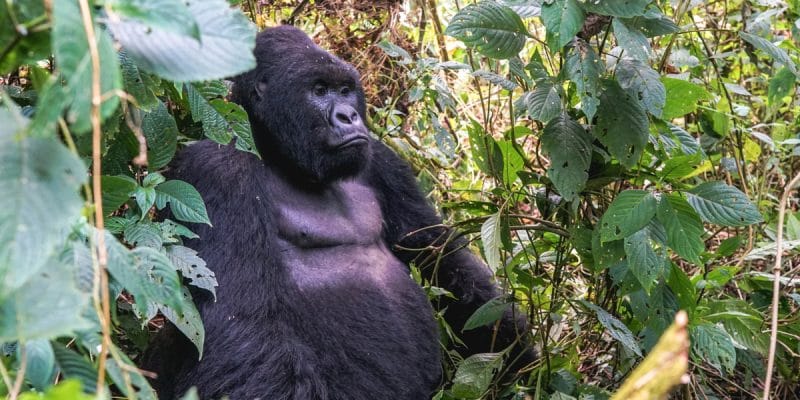 Volcanoes National Park, located in north-western Rwanda, will be expanded by 23% of its current area. The conservation project, estimated at $255 million, focuses on improving the habitat of mountain gorillas, whose population has quadrupled in the past 40 years.

In a landmark development, Rwanda is beginning work this year to expand the Volcanoes National Park in the northwest of the country. Over the next five years, the 13,000-hectare protected area will gain an additional 10,000 hectares. Some 3,740 hectares will be used for park activities while more than 6,000 hectares will be set aside as a buffer zone.

A buffer zone is an area between the park and the people, benefiting both parties. It can be occupied by agroforestry and agricultural activities among others. According to the Rwanda Development Board (RDB), the buffer zone will reduce human-wildlife conflicts by 80%.

Estimated at $255 million, the Volcanoes National Park expansion project will also require the relocation of approximately 4,000 farming families. “This is a process that we are conducting in a very careful way. In addition to compensation, there is the construction of model villages, of which a prototype has been built in Musanze (a district neighbouring the park). In this village there are schools, a factory and brick buildings with impeccable apartments,” explains Prosper Uwingeli, the park director.

Giving space to the mountain gorillas

This population growth is not without consequence. Forced to share play and gathering areas between about twenty families, these primates used to tourists very often venture into concessions near the park. This exposes them to human diseases such as influenza, pneumonia and even Ebola.

The high population density of gorillas in Volcanoes Park poses other threats within the sanctuary itself. Interactions between gorilla families have increased dramatically and often lead to rivalries in which babies are at great risk. The Dian Fossey Gorilla Fund conducted a study ten years ago on a specific area of the park. One of the findings was a five-fold increase in the number of infanticide cases.

The Volcanoes National Park in Rwanda, along with the Virunga Park in the Democratic Republic of Congo (DRC) and the Bwindi Park in Uganda, make up the famous Virunga Massif. A chain of eight volcanoes representing the only habitat in the world for mountain gorillas.