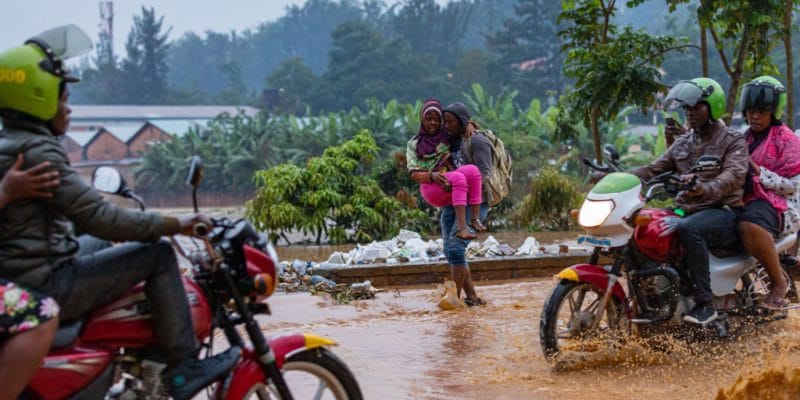 The financing of 6 million euros was recently approved by the Parliament of Rwanda. Through this financing, the Nordic Development Fund (NDF) contributes to the fight against persistent flooding in the Rwandan capital Kigali.

Every year, the return of the rainy season causes great anxiety among the population in Rwanda. In the East African country, this season rhymes with floods. The resurgence of this phenomenon can be explained in part by climate change. These floods are exacerbated by the destruction of wetlands that naturally retain runoff water.

A new project aims to reduce flooding in Kigali, the capital of Rwanda. The initiative is receiving €6 million in funding from the Nordic Development Fund (NDF), divided into a grant (€2 million) and a loan (€4 million). The loan is repayable over 31 years and will carry an interest rate of 0.75%, with a six-year grace period.

To retain rainwater, the Rwandan authorities plan to restore degraded land and wetlands, including the Rwampara area (60 hectares), which is part of the Nyabugogo floodplain in Nyarugenge District. The project also includes the planting of trees and the construction of facilities capable of adapting to climate change.

The Rwandan government also plans to rehabilitate and expand the capacity of 40 drainage channels in Kigali. According to the Rwandan Meteorological Agency, Kigali and cities in the north of the country are particularly hilly, making them vulnerable during the rainy season. In 2019, natural disasters (including floods) in Rwanda killed 132 people and injured dozens, according to statistics from the Rwandan Ministry of Disaster Management and Refugees.