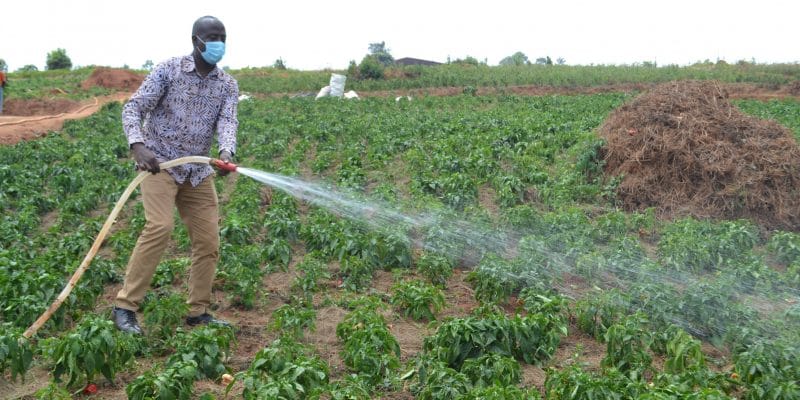 The Rwanda Rural Rehabilitation Initiative (Rwarri) is commissioning new solar powered irrigation systems in the Ngoma district of Rwanda. The equipment provides water for the irrigation of 10 hectares of plantations in the Mutenderi and Zaza sectors.

Launched in December 2020, the project “Improving Smallholder Farmers’ Livelihoods and Climate Resilience are using Green Technologies in Ngoma District” in Rwanda is coming to an end. The Rwanda Rural Rehabilitation Initiative (Rwarri) recently handed over new pumping systems to 1,205 smallholder farmers, grouped into user associations in the Mutenderi and Zaza sectors. The systems are solar-powered.

Water pumped from Lake Mugesera in Zaza and from a spring in Mutenderi is stored in two claystone tanks of 500 m3 each. In all, 10 hectares of plantation will be irrigated, according to Rwarri. The non-governmental organisation (NGO) headed by Gatera Augustin explains that at the Zaza site, various crops are grown, including green peppers, chilli, green beans, watermelons and aubergines, while at Mutenderi, in addition to green peppers and aubergines, tomatoes, cabbage, carrots and onions are grown.

Rwarri implemented the Ngoma irrigation project with a grant of 271 million Rwandan francs (about ‘228,000) from the Rwanda Green Fund (Fonerwa). The objective is to mitigate the effects of water stress that hinder agricultural activities in Rwanda. Rwarri implemented the project in partnership with Ngoma District, under the Small-Scale Irrigation Technology (SSIT) initiative. The Rwanda Agriculture Board (RAB) is implementing and coordinating this other initiative. The Rwandan government’s annual target for small-scale irrigated land (SSI) is 2,000 hectares.