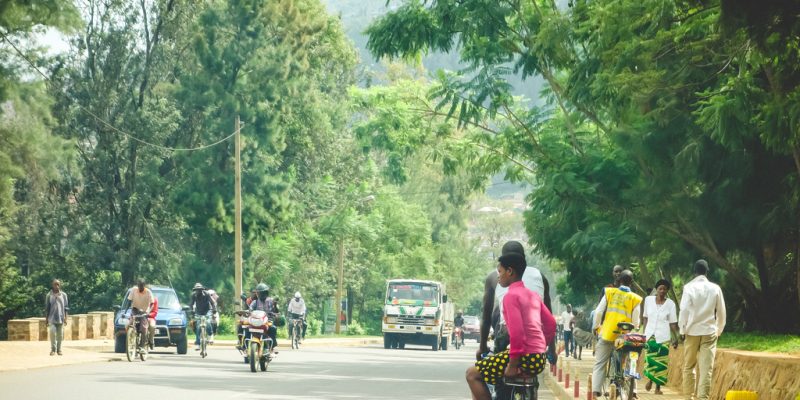 Rwanda has just submitted an ambitious 10-year climate action plan to the United Nations (UN). The project, which will require an overall investment of 11 billion dollars, aims to reduce the country's carbon emissions and adapt to climate change.

As almost every country in the world prepares for the 26th session of the Conference of the Parties (26 COP) to be held in 2021 in Glasgow, Scotland, in the United Kingdom, Rwanda is the first African country to present a new climate action plan. The East African country is proposing an ambitious plan to be followed up over 10 years, with an investment of 11 billion dollars. In these forecasts, 5.7 billion dollars are earmarked for the implementation of measures to mitigate the effects of climate change.

Like most African countries, Rwanda is subject to the effects of climate change. The country, with a population of 12.5 million, is facing the drought that has been affecting Eastern and Southern Africa for several years, drying up rivers and reservoirs on which people depend for their daily activities. The rains are becoming episodic and violent, causing flooding along their passages.

Diversification of the electricity mix

The Adaptation Plan will cover the sectors of water, agriculture, land and forests, human settlements, health, transportation and mining. On the energy front, Rwanda should continue its policy of diversifying its electricity mix, which is dominated by hydroelectricity, which has been badly affected by the drought. Rwanda is also relying on solar off-grid to provide access to electricity for people living in rural areas.

The Rwandan government’s efforts are supported by private actors such as the Global Innovation Lab for Climate Finance, which in 2019 financed the deployment of off-grid solutions in rural areas to electrify 175,000 people. For its part, the British company Arc énergie has begun work on a project to install 220 solar mini grids in rural areas, with the aim of electrifying 150,000 people independently of the national grid.

Despite the effects of climate change, Rwanda continues to grow economically. The country is even “booming economically” according to the World Bank. In 2019, Rwanda recorded a growth rate of 10%, one of the strongest on the African continent. Industrial and infrastructural development requires more energy and increases carbon emissions. The country’s carbon dioxide emissions were estimated at 5.3 million tons in 2015. Experts estimate that the country’s emissions could double by 2030.

“With this new and more ambitious climate action plan, we have a clear roadmap to limit our already low emissions and ensure that our society and economy can withstand the effects of a warming world,” says Jeanne d’Arc Mujawamariya, Rwanda’s Minister of Environment.

To reverse the trend by 2030, the Rwandan government plans to reduce its emissions by 4.6 million tonnes through the deployment of renewable energy (solar and hydropower), improving energy efficiency in industrial processes, introducing emission standards for vehicles, deploying electric vehicles and promoting the use of biogas on farms.

With the support of private investors, the country is developing its agriculture through irrigation. A few months ago, the Howard Buffet Foundation launched an irrigation system in the Nasho sector in the east of the country. The system, which serves more than 2,000 small farmers, is powered by solar energy.

To implement its new climate action plan, Rwanda is counting on technical and financial support from its development partners.