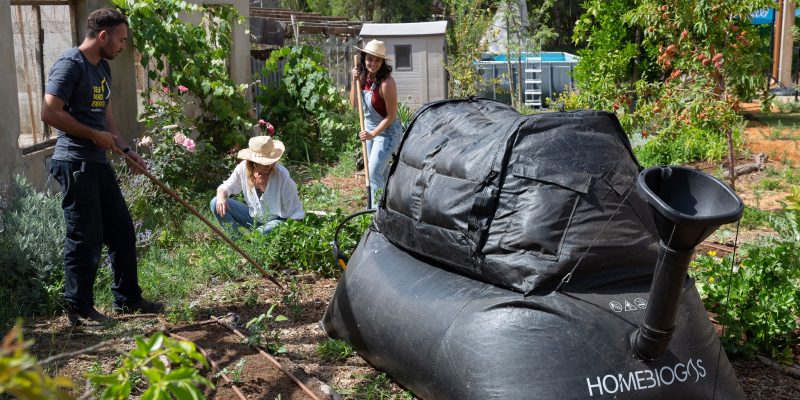 In Rwanda, the Israeli company HomeBiogas has won the contract to supply biodigesters in the Eastern Province. The systems supplied to farmers will be used to produce biogas and biofertiliser from agricultural waste.

HomeBiogas wins order for biodigesters in Rwanda. The Beit Yanai, Israel-based company signed a deed of commitment with the United Nations (UN), which initiated the project, on the sidelines of the recently concluded 27th UN Conference of the Parties on Climate Change (COP27) in Sharm el-Sheikh, Egypt.

As part of its contract, HomeBiogas will provide its solutions to farmers. The devices will be used to produce biogas from organic waste. The biogas will be used for cooking in households, reducing deforestation by cutting wood. Most importantly, the biodigesters will ‘significantly reduce methane emissions and result in the reduction of more than six tonnes of carbon dioxide (CO2) per year for each device’, says HomeBiogas.

The digestate from the fermentation of agricultural waste is used as a multi-purpose fertiliser that will complement chemical fertilisers in order to stimulate the soil, strengthen the plant and enable farmers to save on fertilisers and other plant protection products.

To fulfil this dual role, the HomeBiogas biodigesters have been fitted with methanogenic bacteria, similar to those found in the stomachs of cows, which break down organic waste, creating a clean gas and bio-fertiliser. “We are grateful that the UN has selected our technology in a tender for the third time this year,” says HomeBiogas founder and CEO Oshik Efrati.

The last two contracts won by the Israeli company were to supply biodigesters to refugee camps in Malawi and Zimbabwe. And according to the UN, the advantage of the HomeBiogas solution beyond safe delivery is its easy installation and sustainability.