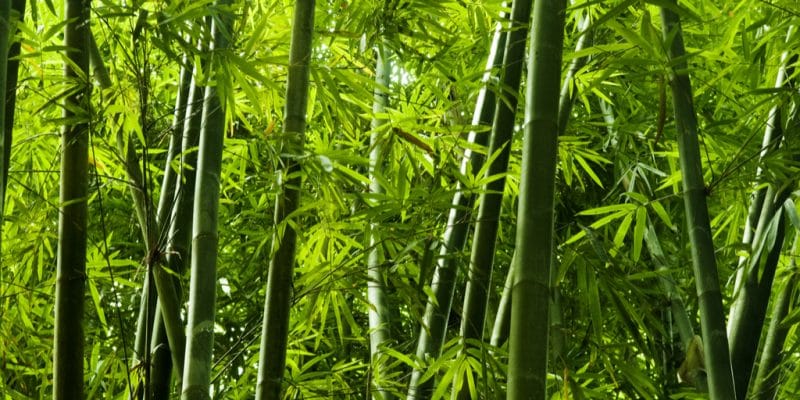 The Rwandan Ministry of Environment has signed an agreement with China Bamboo Aid Project for the import and cultivation of several varieties of bamboo in Rwanda. These plants will be used to make paper, packaging and also as vegetables.

Rwanda is starting to produce bamboo. The Ministry of Environment through the Rwandan Water and Forestry Authority has concluded an agreement with China Bamboo Aid Project, a Chinese bamboo promotion agency. For the Rwandan government, this new agreement aims to give concrete expression to the project to promote bamboo fibres through Chinese expertise. This project particularly promotes the use of bamboo in industrial packaging and toilet paper products.

Rwanda is working hard to ensure the success of this initiative. A bamboo seedbed has already been established in the city of Kigali and at the National Tree Seed Centre in the Arboretum Forest in Huye District in southern Rwanda. The other is under construction in the Rwamagana District in the east of the country. The Rwandan Water and Forestry Authority is also preparing to build a new breeding ground in the Rwandan capital. In addition, a first 3 hectare bamboo plantation was launched in the Nyaruguru district of southern Rwanda. Young shoots from incubators will also be planted along watercourses to protect the banks.

The usefulness of bamboo

For the moment the 3 hectares of bamboos grown in the Nyaruguru District is in the test phase. According to the Rwandan authorities, the nurseries will produce a total of 1,500 young plants in 6 months. It will then be necessary to create at least 300 hectares of plantations during the 2019/2020 financial year. This project will face a major challenge: the lack of land. Because Rwanda’s surface area is only 26,338 km², which means that it is smaller than French Brittany (27,208 km²).

In any case, the bamboos produced will be used for various purposes. “We have about five large species of bamboos, some of which are edible as vegetables (salad) when they are still young and can also be transformed into other food products with technology used in China. The others are for the production of roof tiles, wrapping paper and toilet paper,” explains Augustin Mihigo, a bamboo and non-timber forest products specialist at the Rwandan Water and Forestry Authority.

A plant adopted in Kenya

As for the consumption of bamboo as a salad, Rwandans will have to get used to it. For the packaging and paper manufacturing sector, the Rwandan authorities are looking for a company to process bamboo. “We still don’t have enough bamboos for paper and packaging production, although we have completed the feasibility study for the plant for which we are looking for an investor to work with. We will start with a small model factory that can process 500 hectares of bamboo; but we will need at least 5,000 hectares to supply a large factory,” says Augustin Mihigo.

Bamboo is also valued in Kenya. In this country, Africa Plantation Capital, a company that owns several plantations in East Africa, has entered into a bamboo biomass supply agreement with Bidco Africa Group, a multinational consumer goods company based in Thika, Kenya. Bamboo biomass is used to produce energy to run Bidco Africa Group’s plants in Kenya and East Africa.