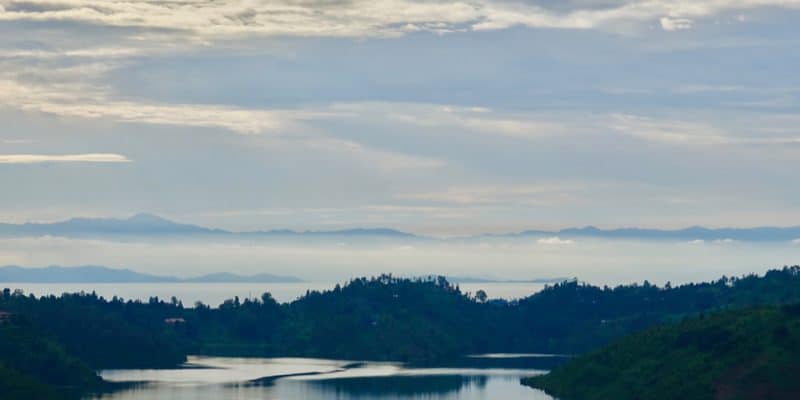 The American company Symbion Power, a private energy producer in Rwanda, has just announced that it has chosen Clarke Energy to supply 25 gas engines that will be used to equip 2 power plants using dissolved biogas from Lake Kivu.

This is good news for the British company Clarke Energy. It has just won a contract to supply 25 Jenbacher gas engines (manufactured by GE Power, a subsidiary of the American giant General Electric, editor’s note) to equip two power plants in Rwanda. They will be transported to the shores of Lake Kivu, located between the Democratic Republic of Congo (DRC) in the west and Rwanda in the east. From the lake, which covers 2,700 km2, biogas dissolved in water will be extracted. It is a gas produced naturally by the combination of methane and carbon. The chemical process takes place 500 m underwater, under the effect of the heat from the magma. This highly purified gas will be used to run the 25 engines that will be installed in the two power plants.

The first power plant, which will be built on the shores of the Great Lake, is part of the Kivu 56 project. With a capacity of 56 MW, the energy produced will be transmitted directly to Rwanda’s national electricity distribution grid. This will be done under a 25-year concession. The second project is called KP1; the extension of an existing power plant owned by Symbion Power, which currently has a generating capacity of 3.6 MW and will have a generating capacity of 25 MW after construction.

A boom for Clarke Energy in Africa

“These two energy projects on Lake Kivu will increase our capacity by 81 MW and significantly reduce the current cost of power generation in Rwanda,” said Symbion Power. The Rwandan authorities are convinced that both projects will create jobs for young people who will add to the number of 1000 employees at Clarke Energy around the world.

The company is more and more present on the African continent. On August 30, 2018, General Electric announced that its supplier of electric motors, based in Liverpool, would equip the great Djamaâ el Djazaïr mosque, located in the heart of Algiers, Algeria’s capital. Clarke Energy will supply four Jenbacher J320 gas engines, powered by natural gas, which will be able to supply 4.25 MW of electricity and as much heat in winter. Jamaâ el Djazaïr is the third-largest mosque in the world, after Masjid al-Haram in Mecca and Masjid al-Nabawi in Medina, Saudi Arabia.