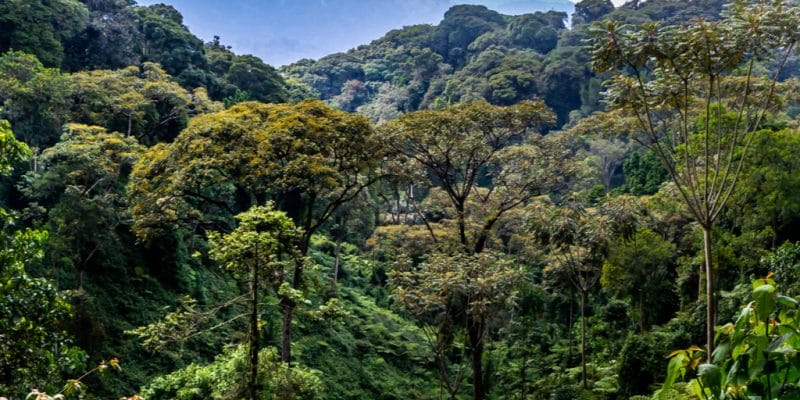 A group of researchers has just published the results of a study conducted in Nyungwe National Park in southwestern Rwanda. Carried out through camera trapping, the study identified the rich biodiversity of this natural area.

A relatively new technique makes it possible to survey the biodiversity of Nyungwe National Park. It is camera trapping, which was used by a team of scientists. These researchers have just published the results of their study in the journal Animal Conservation. For this research, the photographic traps were installed on the ground and in the canopy in order to be able to film animals that have limited contact with the ground.

Hidden cameras were used to obtain 27,000 shots. The study of these photos led to the discovery of several species of wild animals, including the Central African oyan (Poiana richardonsii), a carnivorous mammal species. Using these photographic traps, scientists identified some 35 mammal species, including eight varieties of primates, 12 species of rodents, three species of cephalopods, the domestic badger and the side-striped jackal.

Biodiversity research in Nyungwe National Park was conducted by a team of researchers from the Wildlife Conservation Society (WCS), the University of Florida, the World Wildlife Fund (WWF) and Rice University in Houston, Texas, USA. “The joint use of ground and tree cameras makes it possible to detect all species in a given area. These cameras could be particularly important in areas such as rainforests, where species detection rates are often low due to poor visibility,” says Jennifer Moore, the study’s lead author and researcher at the University of Florida. 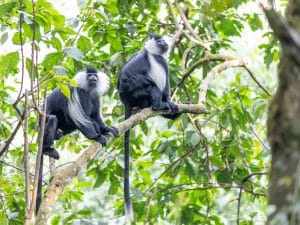 According to this group of researchers, “it is important to monitor trends in species occurrence over time to update conservation plans and concurrent management actions”. Nyungwe National Park will benefit greatly from this scientific study. The reserve, which covers an area of more than 1,000 km2, was established by the Rwandan government in 2004.

The Nyungwe National Park is located 5 hours drive from Kigali, and 1 hour 30 minutes from Butare. The reserve is dotted with waterfalls, swamps and bamboos. Although elephants and buffalo have disappeared from this territory, many other species of animals can be found here. The forest massif abounds with 85 species, including many primates, 250 species of birds, about thirty species of reptiles…

Despite efforts to conserve its biodiversity, Nyungwe National Park is not completely safe from poaching. In fact, the 27,000 photos taken in one month by camera traps have not allowed us to identify several species that were present in the park when it was created. This is the case of the owl-faced monkey, the red-tailed monkey, the African wild cat and three species of mongoose. It is also the case for the leopard, the African golden cat and the giant forest pig. Some scientists believe that these animals have been victims of poaching.