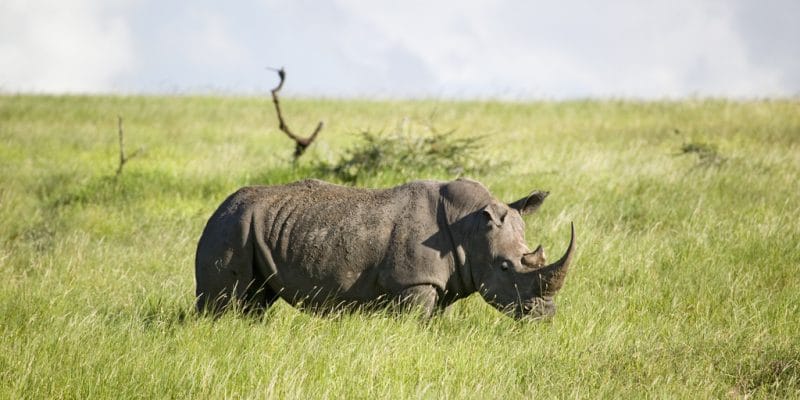 One of the five eastern black rhinos, reintroduced in July 2019 in the Akagera National Park in north-western Rwanda, has died. The mammal and its companions came from several zoos in Europe.

It has not spent a year in complete freedom. One of the five eastern black rhinos introduced into Akagera National Park in July 2019 died on February 10, 2020. It was finally on April 15, 2020 that the African Parks Networks (APN), the park manager, announced the death of the animal in a joint communiqué with the Government of Rwanda and the European Association of Zoos and Aquariums (EAZA). Nicknamed Manny, it was the eldest of two male rhinos born in the Safari Park Dvůr Králové in the Czech Republic.

“We can confirm that the rhino has not been poached. Evidence suggests a disorder of the digestive tract, but the final cause of death has not yet been determined. We are awaiting further laboratory results to provide further clarification. However, with the major restrictions put in place globally due to the Covid-19 pandemic, it is unlikely that we will receive these results quickly,” says APN.

According to African Parks Networks (APN), Manny did not receive treatment before dying. According to the organization based in Johannesburg, South Africa, after detecting a sudden deterioration in his health and feeding behaviour, the park management immediately consulted veterinary surgeons. The animal died before these animal health specialists arrived.

“The four remaining animals are being intensively monitored and are in good health,” says APN, reassuringly stating that the animals are monitored daily by a specialized team and given extra feed to help them adapt.

The five eastern black rhinos reintroduced into Akagera National Park came from Flamingo Land Park Zoo in England, Dvůr Králové in the Czech Republic and Ree Park Safari in Denmark. The pachyderm reintroduction project was led by the European Association of Zoos and Aquariums (EAZA).