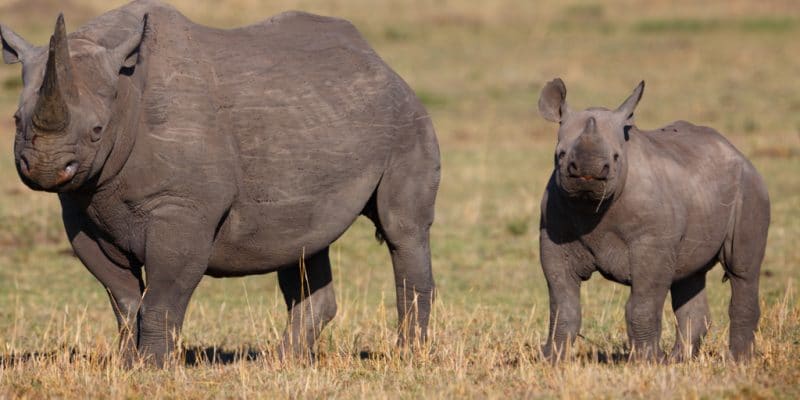 Rwanda has recently welcomed five East African black rhinos from the Czech Republic, England and Denmark. They were used as attractions in zoos in Flamingo Land Park, Dvůr Králové and Ree Park Safari in these European countries.

All the freedom! This is what rhinos who have recently arrived in Rwanda would certainly say if they were able to communicate with humans. Five of them have left the zoo in Flamingo Land Park in England, Dvůr Králové in the Czech Republic and Ree Park Safari in Denmark. The project to reintroduce these large mammals into the wild began several years ago, but implementation actually began in 2018.

The project is coordinated by the European Association of Zoos and Aquariums. “We have 25 zoos and parks that house black rhinos and, for the past 12 years, these animals have been moved across the continent to enable a reintroduction program to operate,” said Mark Pilgrim, general manager of Chester Zoo in England. The five rhinos, all born in European zoos, will be released into Akagera National Park.

For the time being, the pachyderms are located in an enclosure in Akagera Park, located in northeastern Rwanda, near the border with Tanzania. The objective is for them to get used to their new environment. This could take several months until the caregivers who live there feel they are ready to be released.

Akagera National Park is an ideal place for these endangered black rhinos from East Africa. In this natural area of 1,100 km2, they will have the opportunity to roam the plains, the mountainsides or the marshes that keep their greenery all year round. These large mammals will thus benefit from the naturally formed mud puddles, which are currently being squatted by elephants and buffaloes.

The park returns to tranquility

Previously, Akagera National Park had a large population of East African rhinos. Much of it was decimated by poachers who took their horns and sold them on the black market. They were then sold to Asians who gave them certain therapeutic properties. These horns are also used to make jewellery.

Another part was decimated during the civil war and genocide that struck Rwanda in the 1990s. At that time, the people fleeing the massacres took refuge in Akagera National Park. The animals had to leave their natural habitat, and dispersed throughout the Great Lakes region.

There has been peace in Rwanda for some time, however, and the country has even experienced strong economic growth. As a result, the refugee camps disappeared from Akagera Park. As a marvel of nature, the animals have also returned home. The Rwandan government has entrusted the management of the park to African Parks Networks (APN), an organisation based in Johannesburg, South Africa, which manages several national parks on the Old Continent, including Zakouma National Park in southeast Chad.