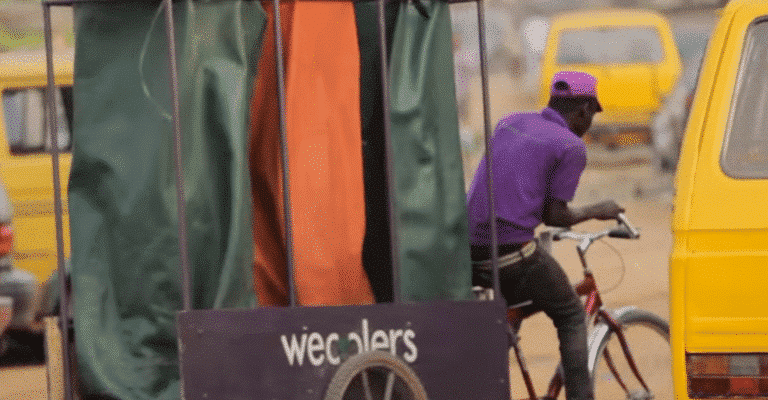 Nigerian start-up Wecyclers, which specialises in waste management, has won the 2019 King Baudouin Prize for Development in Africa. The startup gets 200,000 euros in the process.

It’s a reward that will propel Wecyclers. The Nigerian start-up is the winner of the 2019 King Baudouin Award for Development in Africa. Every two years, this award recognises, “innovative and exemplary initiatives that empower local people to take charge of their own development and have the potential to be replicated elsewhere in the world”.

The King Baudouin Foundation has chosen a young company that works on a daily basis in waste management in Lagos, Nigeria’s largest city with more than 17 million inhabitants. “We chose Wecyclers because we know that waste management is a problem for Lagos, for Africa and for Europe. We celebrate your innovation and perseverance to keep it real,” said Hervé Lisoir, the Africa and Developing Countries Coordinator of the King Baudouin Foundation, in the presence of Bilikiss Adebiyi-Abiola and Wale Adebiyi, respectively founder and CEO of Wecyclers.

The start-up Wecyclers is surfing on the recent awareness of the importance of better waste management in the large port city of Lagos where only 20% of waste is currently collected. Not to mention recycling, which only concerns 20% of the collected waste.

In practice, Wecyclers collects waste directly from households. For every kilogram of recyclable waste, families receive “Wecyclers” points. They can then use these points to buy call minutes or consumer goods. Through this approach, Bilikiss Adebiyi-Abiola demonstrates to families that waste has value. This argument could encourage these families to better manage their waste, while creating wealth. The collection is carried out by the company’s 120 employees who travel through the neighbourhoods with tricycles.

According to Wale Adebiyi, since Wecyclers’s inception in 2012, approximately 5,000 tonnes of recyclable waste has been collected from 17,000 subscribers. This amount of waste allowed the start-up to earn $100,000 in profits. Now, the start-up dreams of conquering other major cities in Nigeria.

The 200,000 euros (nearly 82 million naira) won thanks to the 2019 King Baudouin Award for Development in Africa will certainly contribute to the achievement of this ambition.