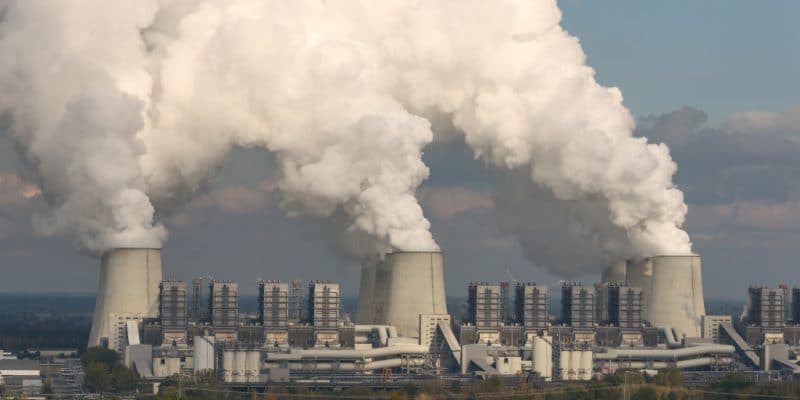 The World Bank and its subsidiary, the International Finance Corporation (IFC), want to support Nigeria in setting up a local market for the capture, use and storage of carbon dioxide (CO2). The aim is to support Nigeria's ecological transition, in line with its international commitments.

The World Bank is supporting Nigeria’s ambitions for carbon dioxide (CO2) capture, use and storage. Together with its subsidiary, the International Finance Corporation (IFC), the Bank has signed an agreement with the federal authorities to support the development of a local CO2 sequestration market. As part of this collaboration, the three partners will establish an atlas of CO2 emission sources and potential underground sequestration sites.

As a private sector financing specialist, IFC will support the most promising companies that can pilot new technologies for CO2 capture, use, and storage. For its part, the World Bank is committed to supporting the Federal Government of Nigeria in putting in place policies and regulations that will accelerate technology adoption while helping the local CO2 sequestration industry meet international standards.

The World Bank supports geological sequestration of CO2. This process involves capturing CO2 at the source, such as in industry, concentrating it and transporting it to a suitable geological site for storage. There is also natural sequestration, which involves biological processes to capture and store atmospheric CO2 through carbon cycle equilibria, through carbon sinks such as oceans, grasslands and other vegetation cover.

According to the World Bank, Nigeria is likely to have significant space for geological storage of CO2, in part due to the availability of depleted oil and gas deposits. “Their potential will be mapped using government and industry data. The project will also use geological studies and look closely at obtaining the rights to do the sequestration,” says the Washington, D.C.-based bank in the United States of America.

Initiatives under the partnership will be financed by the World Bank’s CO2 Capture and Storage Capacity Building Trust Fund under the Energy Sector Management Assistance Program (ESMAP). This fund was established in 2009 to support the development and deployment of CO2 sequestration in developing economies. It receives funding from the British and Norwegian governments.

“If we can combine carbon dioxide capture with a decisive push on renewable energy, countries like Nigeria could be poised for a real breakthrough,” enthuses Vivek Pathak, IFC’s global head of climate change. The implementation of CO2 capture technologies will support Nigeria in meeting its international commitments. In 2021, the West African country’s updated Nationally Determined Contribution (NDC) set a target of at least 20% and up to 47% reduction in greenhouse gases from business as usual by 2030.

As the largest economy on the African continent with a gross domestic product (GDP) of $432.3 billion (in 2020 according to the World Bank), Nigeria could serve as an example for other African countries, including South Africa, which is considered the continent’s biggest polluter, with an electricity sector that is 80% dependent on coal-fired power plants, according to South Africa’s Department of Mineral Resources and Energy.