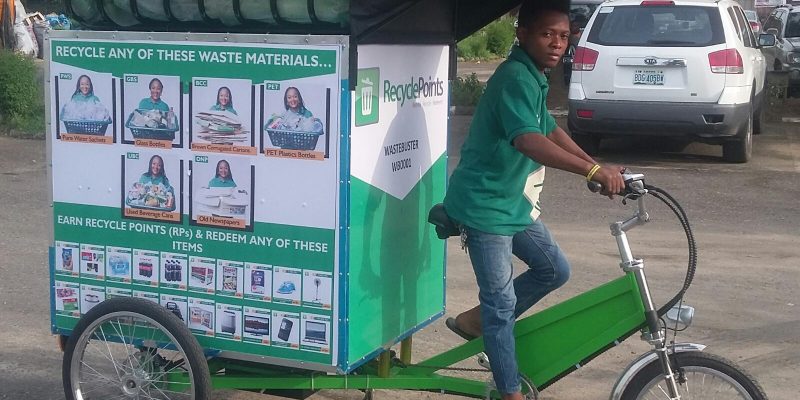 Recycle Points and several other start-ups operating on the African continent were recently awarded in Nairobi, Kenya during the "Open Mic Africa Summit". The Nigerian start-up won $30,000, although it was the second finalist of the "Zambezi Prize for Innovation in Financial Inclusion 2018 ".

Out of the 10 start-ups that were selected for the “Zambezi Prize for Innovation in Financial Inclusion 2018”, only 3 were finally awarded. The fintech Wala, based in South Africa, received $100,000. The Kenyan start-up Tulaa received $30,000. The Nigerian Recycle Points came in second position, earning $30,000. The awards were presented in Nairobi at the Open Mic Africa Summit held on August 29, 2018. The event is organised by the Massachusetts Institute of Technology (MIT) in partnership with the Mastercard Foundation.

Recycle Points is a start-up company managed today by Chioma Ukonu. As its name indicates, it has set up recyclable waste collection points in several districts of Lagos. Its operation is simple and motivating as individuals first sort recyclable waste at home such as plastic bottles, water bags, beverage cans, glass, paper, electronics, tyres, batteries, etc.

At the collection points set up by the start-up, the individuals deposit the waste in return for a notation in a notebook called GreenCards. The points are accumulated and transformed into money or household products.

This practice involving local communities attracts many households on the spot in Nigeria. According to the company, a collection point receives an average of 5 tons of waste per day. At the end of the month, it may end up collecting and processing an average of 75 tons of waste. This waste is then packaged and sold locally or exported.

Nigerians are not the only ones attracted by the services offered by Recycle Points. The start-up, which employs around 50 people, recently signed a partnership with the Scottish whisky brand Chivas Regal as part of its Waste Pickers Initiative (WPI). The agreement provides that at the start-up’s collection points, consumers of the brand’s liqueur can return the bottles in return for a financial reward paid directly into their bank accounts.

Such a method of waste collection has enabled the small business to be rewarded. Recycle Points won the Chivas The Venture, a competition organised in Nigeria in 2016 and was ranked first finalist in the grand final in Los Angeles, USA, winning the coveted $200,000 prize. The competition rewards the most promising social entrepreneurs in the world. The $30,000 Recycle Points has just raised in Nairobi will enable it to solve a number of problems, particularly financial ones that it faces on a daily basis in its development.