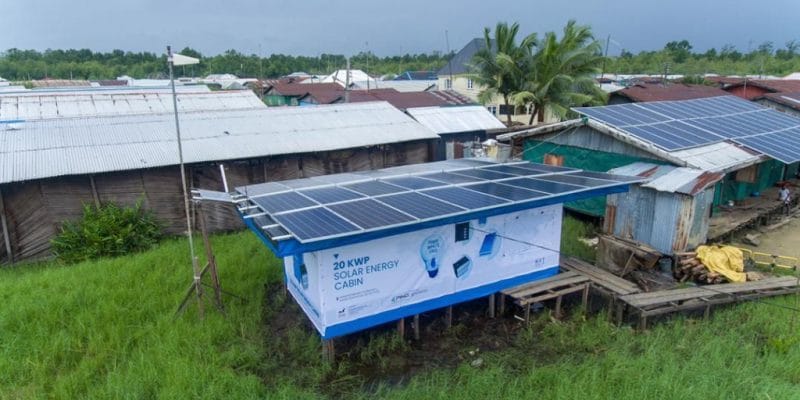 South Korea is financing the installation of solar mini-grids in rural areas of Nigeria to the tune of $12.4 million. The project, led by the Korea Institute for Technological Advancement (KIAT), is scheduled for April 2022.

With its “30:30:30 Vision”, Nigeria hopes to have 30 GW of installed power capacity by 2030, 30% of which will come from renewable sources. In order to achieve full electricity coverage of its territory, this West African country is turning to several development partners such as South Korea which will allocate in 2022 a funding of just over 12.4 million dollars for the installation of solar mini-grids in rural areas.

The initiative is led by the Korea Institute for Technological Advancement (KIAT) and supported by the Korean Ministry of Energy, Korea Polytechnic University, and energy providers S&D Powernics and ILJIN Electrics.

The solar mini-grid project reinforces Nigeria’s plan to accelerate its electrification, and will bring the benefits of electricity to the unserved, including improved security and night-time activity.

For Young-Chae, Ambassador of the Republic of South Korea to Nigeria, the long-term goal is to serve high-demand rural communities with a stable and sustainable electricity solution. “The project will require the installation of transmission and distribution lines, provision of electrical equipment and systems, and training for operation and maintenance,” he explains.

Nigeria is the most populous country on the African continent with a population estimated by the World Bank to exceed 206 million by 2020. In rural areas, 66% of households still do not have access to electricity.

Since 2020, $3.5 billion in agreements have already been signed with the World Bank, notably to reduce operators’ debt, fight fraud and optimize distribution. The government has launched a partnership with the German group Siemens to modernize the network and audit the entire sector, in order to increase production capacity to 30,000 MW by 2030, compared to the current 16384 MW,according to Power Africa.

In 2019, the European Union granted Nigeria 195 million euros to promote access to electricity for the population, support companies that invest in the off-grid.

The investment company All On, financed by the Anglo-Dutch oil company Shell, recently invested $1 million in Salpha Energy, a Lagos-based company with 350 users, including individuals. The Nigerian company distributes solar home systems in rural Nigeria.