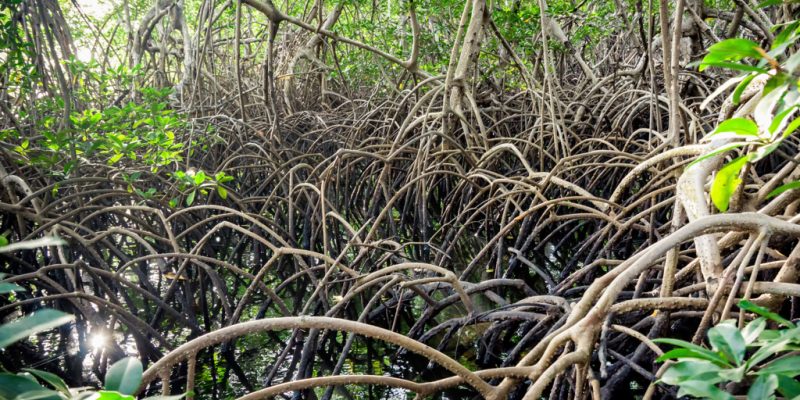 The mangrove forests of the Niger Delta in southern Nigeria will soon be restored. It is a commitment recently made by Nigeria's Minister of State for the Environment Sharon Ikeazor.

“Mangrove For Live Project” is the name of the initiative, which aims to restore degraded mangrove forests and maintain those that are still in good condition in Nigeria. The project will soon be launched in this West African country. The first phase will focus on mangrove forests in the Niger Delta in southern Nigeria. The announcement was made on  July 26, 2020 by Nigeria’s Minister of State for the Environment Sharon Ikeazor, on the occasion of the commemoration of the International Day for the Conservation of the Mangrove Ecosystem. The project is being implemented by Wetlands Africa, a subsidiary of Wetlands International, an organization dedicated to wetland conservation and restoration; and the Regional Partnership for Coastal and Marine Conservation (PRCM), a coalition of stakeholders working on West African coastal issues covering seven countries.

According to Minister Sharon Ikeazor, Nigeria has the largest coverage of mangroves in Africa, and the fourth largest in the world. She added that more than 60% of these mangroves, equivalent to 6,000 km2, are in the Niger Delta region.

The first phase of the Mangrove For Live Project will help promote the health of the mangrove ecosystem in the Niger Delta. It will also enable the people of this region to develop more sustainable livelihoods.

The contribution of mangroves

“The Department of Forestry and the National Park Service also conducted a coastal survey to identify potential marine protected areas. Four sites were identified and evaluated in this study, including the Taylor Creek, Num, Apoi Creek and Edumanon Forest Reserves, all in the southern Nigerian state of Bayelsa,” said the Minister of State for the environment.

According to the Minister of State, the Apoi Creek and Edumanon sites are viable for reclassification as marine protected areas.