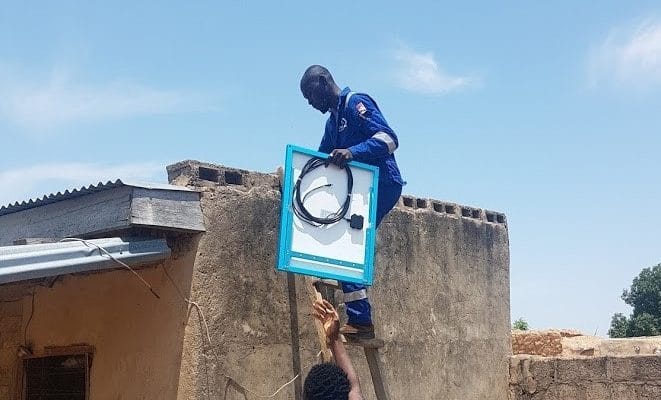 Renewable Energy Performance Platform (REPP) and Electrification Financing Initiative (ElectriFI), two renewable energy and off grid financing institutions, have set up a $10 million line of credit for PAS Solar Limited, a British company. This facility will help it to boost the distribution of its home solar kits in Nigeria.

Good news for PAS Solar Limited. The British company specialising in the supply of solar kits has just added two new allies to its deployment project in Nigeria. These include the Renewable Energy Performance Platform (REPP), a platform dedicated to financing renewable energy and the Electrification Financing Initiative (ElectriFI), an investment fund that supports the private sector in providing electricity in underserved areas. The two financial institutions have set up a $10 million line of credit to facilitate the distribution of PAS Solar kits in Africa’s most populous country (Nigeria).

The $10 million line of credit was designed by REPP and implemented by Camco Clean Energy, its programme manager. With exclusive funding from the United Kingdom’s International Climate Finance, REPP contributed $2.2 million to the credit line, including start-up funding. An additional $3 million has been committed under the ElectriFI electrification financing initiative and managed by EDFI Management Company, a fund manager based in Brussels, Belgium. The remaining $4.8 million of the loan line is made available to PAS Solar in the form of an accordion clause.

In Nigeria, PAS Solar distributes solar kits for homes and businesses, mainly in the north. It is thanks to the figures produced in this region that the young British company had access to this facility. “PAS Solar has proven its potential and this credit provides the foundation for the developer to access a range of funders as it grows,” says Geoff Sinclair, REPP’s Investment Director and Managing Director of Camco Clean Energy.

In a household, PAS Solar installs a small system consisting of a 50 Wp solar panel and a 17 Ah battery for energy storage. These households are also equipped with LED bulbs and sockets to charge mobile phones or power a radio. It is not a new technology, as it was developed by the British company Bboxx. PAS Solar has already distributed 3,500 solar kits in northern Nigeria, providing access to electricity for 17,500 people. With the new funding, it plans to distribute 35,000 solar kits to an additional 132,500 people over a 5-year period.