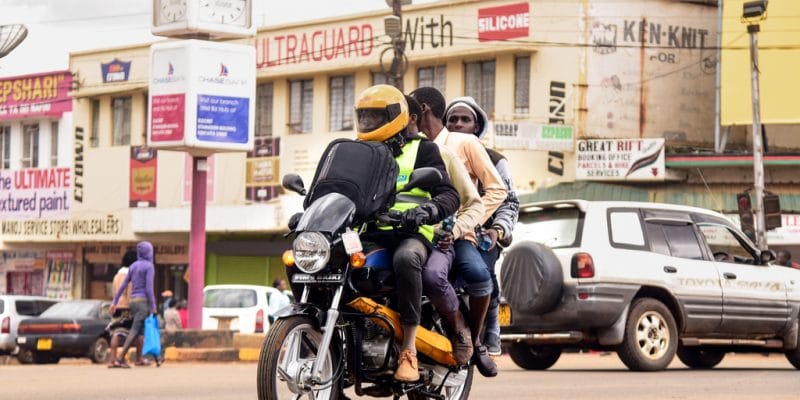 MAX.ng, a Nigerian start-up has recently raised $7 million in funds. The sum is intended for the expansion of the start-up and a pilot project for an electric motorcycle.

Lagos, the economic capital of Nigeria, is also the largest city in the country with an estimated population of 21 million people (including the metropolis). The metropolis alone is twice as populated as Benin, and three times as populated as Togo. With a growing population, public transit becomes complicated due to traffic jams. Like many cities in sub-Saharan Africa, however, Lagos’s populations use motorcycles which are faster, as they zigzag through the streets between the four wheels (cars).

It is also a mode of transport that suffers from many problems with accidents that occur on a daily basis. MAX.ng, a Nigerian start-up has decided to embark on this mode of transport, offering “safer” two-wheelers, and is even considering embracing tuk tuk, the famous three-wheel taxis very popular in Nigeria and imported from Asia. It also offers personal watercraft, Lagos being also a group of islands.

Electric motorcycles in the fleet

To benefit from the company’s services, i.e. to make a trip or send a parcel, one just has to contact the team headquarters using their mobile application. More importantly, the young company wants to introduce electric motorcycles into its operating range. “We are testing electric motorcycles in partnership with electric vehicle manufacturers and working with network operators across Nigeria to deploy charging stations,” MAX.ng’s CFO said.

To finance its electric motorcycle pilot project, the start-up recently raised $7 million in funds. The funds come from Breakthrough Energy Ventures, Zrosk Investment Management, uMunthu Fund of the Dutch Goodwell Investments. The fundraising was organised by Novastar Ventures, a venture capital company based in Nairobi and Lagos.

Initially, the company wanted to mobilise $7 million in financing, but finally, it is doing well with $9 million, with contributions from Alitheia Capital and Yamaha, the Japanese manufacturer, who sees a particular interest: “We want to work with good entrepreneurs in Africa to develop new businesses,” says Shoji Shiraishi of New Venture Business Development at Yamaha Motor Company. Aware of the difficulty of having a safe source of electricity to recharge its two electric wheels, the young company aims to develop renewable energy sources. Solar off grid, why not? In Nigeria, companies are increasingly turning to the off-grid to escape the vagaries of the national power grid.

Launched in 2015, the start-up, which has more than a million trips to its name, plans to expand its services in 10 cities in West Africa, including Accra in Ghana and Abidjan in Ivory Coast.