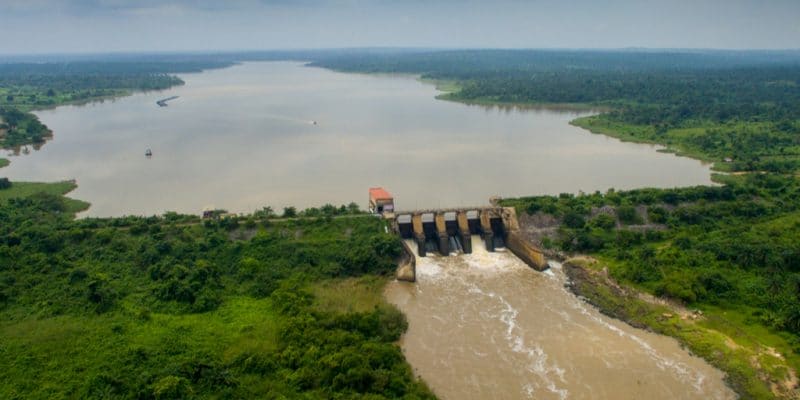 Nigerian Energy Minister Sale Mamman recently announced that the Kashimbila Multi-Purpose Dam is now ready to be operational. It is located in Takum, Taraba State in eastern Nigeria.

The Nigerian Minister of Energy Sale Mamman has recently carried out an inspection visit on all the ongoing projects in the country that are part of his portfolio. The tour took him to the construction site of the Kashimbila Multipurpose Dam located in Takum, Taraba State in eastern Nigeria.

At the end of the visit, he announced that the dam would soon be operational. Work is complete on the water retention and hydroelectric power plant. The commissioning of the installation is simply delayed by the construction of an electricity evacuation line. At the same time, Sale Mamman assures that the work in progress is 90% complete and should soon allow the electricity produced at Takum to be exhausted.

This last effort concerns the construction of high-voltage lines and substations. The hydroelectric power plant linked to the water retention will provide 40 MW. According to Minister Sale Mamman, it will “cover the electricity needs of about 80% of the southern senatorial district of Taraba State and will also serve as a corridor for the evacuation of electricity from the 3,050 MW Mambilla hydroelectric plant through Takum and Wukari 132 kV substations”. The installations will particularly benefit the populations of the towns and localities of Kashimbila, Bibi, Baruwa, Birma, Ibete, Lanke, Malumsh…

The Kashimbila dam will also be used to provide drinking water. The water from the reservoirs will be pumped and treated to supply 40,000 people in Taraba State.

The water from the Kashimbila Multipurpose Dam will also supply irrigation systems in Taraba State. According to Nigeria’s central government, the new facility could irrigate 3,000 hectares of plantations, particularly in the dry season. Good news in a region with very fertile land, as it is located near a 1,400 km long Cameroonian belt of active volcanoes.

A crater lake called Nyos was formed near Mount Oku, in the northwestern region of Cameroon. In eastern Nigeria and throughout the great west of Cameroon, rainfall is very heavy during the rainy season. During this time of year, Lake Nyos overflows and its waters run off the mountainsides and cause the Katsina-Ala River to flood, on which the Kashimbila Multipurpose Dam is built.

The Nigerian authorities estimate that the dam will regulate the river’s flow, thus preventing flooding that threatens 6 million people, mainly in the states of Taraba, Benue, Cross River, Kogi and Delta. Historically, this natural disaster has claimed many lives in eastern Nigeria.