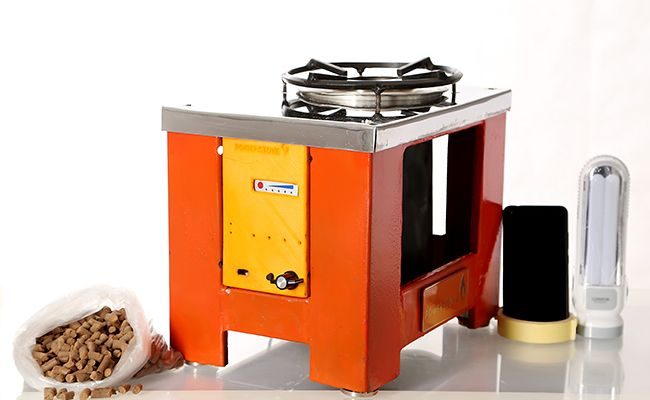 GreenTec Capital Partners continues its policy of financing technological and ecological innovations in Africa. The German investment company has just invested in the small Nigerian company Powerstove Energy. The start-up offers an innovation that solves two major problems in Nigeria: access to electricity and ecological cooking.

“Powerstove has developed a new and scalable solution to solve not only the problems of fuel costs and CO2 emissions, but also, more generally, the problems of famine and hygiene. We look forward to helping this company grow and bring low-cost, energy-efficient heating to Nigeria and expand access to energy in Africa,” says Xavier Chapel, Head of Business Development at GreenTec Capital Partners.

The young Nigerian company has developed a system that transforms non-recyclable paper, wood and agricultural residues into biomass pellets. This fuel can be used to power a smokeless cooker. The system is equipped with a stainless steel combustion chamber that burns the pellets and can reach 1000 degrees in less than 3 minutes. The heat produced by this small cooker can produce 50 W of electricity. This continuous power is used for lighting, mobile phone charging and other low-energy appliances.

Excess electricity is stored in a connected lithium-ion battery, allowing users to charge additional devices via a USB port “in real time when they need it, even when the fire is out”. By producing high heat (1000 degrees) in a few minutes, the Powerstove system can “cook food five times faster than any traditional cooker”.

“The stoves are equipped with an IoT (Internet of Things) system with pre-programmed and programmable internal computer chips that control the fan, power supply and data transfer over the 2G/3G network using input sensors and output components to control all these functions,” explains GreenTec Capital Partners. The financing is expected to enable the young company led by Okey Esse to boost production and thus market its system in Nigeria and elsewhere in Africa.