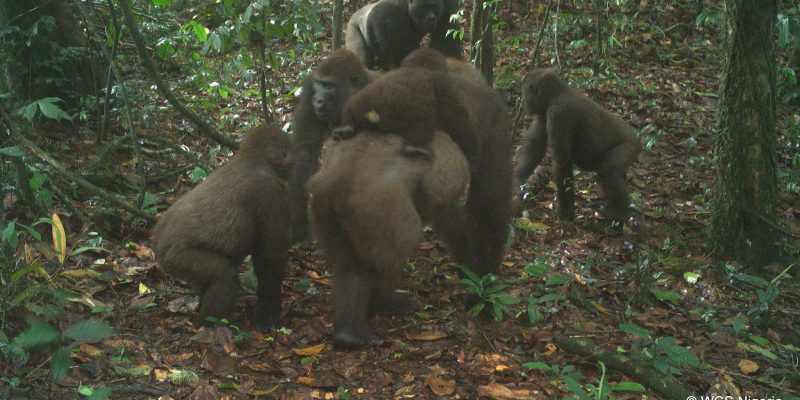 The wildlife conservation organisation, Wildlife Conservation Society (WCS), announced on July 8, 2020, that it had taken the first photograph of the Cross River Gorilla. It is a positive step towards the conservation of the world's rarest gorilla subspecies, numbering only about 300 individuals, living in the Cross-River border area between Nigeria and Cameroon.

The Cross River Gorilla, an endemic species found only along the banks of the river it is named after, in southern Nigeria on the border with Cameroon, was first photographed by Wildlife Conservation Society (WCS) camera traps. In a press release issued on July 8, 2020, the wildlife conservation organisation presented pictures showing an entire family of gorillas, consisting of a large silverback, a mother, a baby, and several offspring of different ages.

Extremely shy towards humans due to long and severe poaching, Cross River Gorillas take refuge in areas that are difficult to access and are therefore rarely seen. Once presumed extinct in Nigeria and rediscovered only in the late 1980s, this subspecies, which differs from the lowland gorilla only by subtle differences in skull and teeth, now numbers only about 300 specimens.

The images captured by the Wildlife Conservation Society (WCS) camera traps have generated much enthusiasm and hope for the conservation of the Cross River gorillas. “It is extremely exciting to see so many young Cross River gorillas. This means that these gorillas are now well protected and successfully reproducing, after decades of previous hunting. Although hunters in the region no longer target gorillas, the threat of hunting remains, and we must continue to improve the effectiveness of our protection efforts,” said Inaoyom Imong, WCS Country Director in Nigeria.

The WCS is a U.S.-based nongovernmental organization whose goal is the conservation of nature around the world and particularly in Africa. It undertakes the management and conservation of a network of key protected areas in the Sudano-Sahelian region of Africa, including Nigeria, Cameroon, Chad, Central African Republic (DRC) and Southern Sudan. With its office in Calabar in southern Nigeria, WCS has been working in this West African country since 2001 and currently supports the conservation of four protected areas in Cross River State and Yankari Wildlife Reserve in Bauchi State in the north.