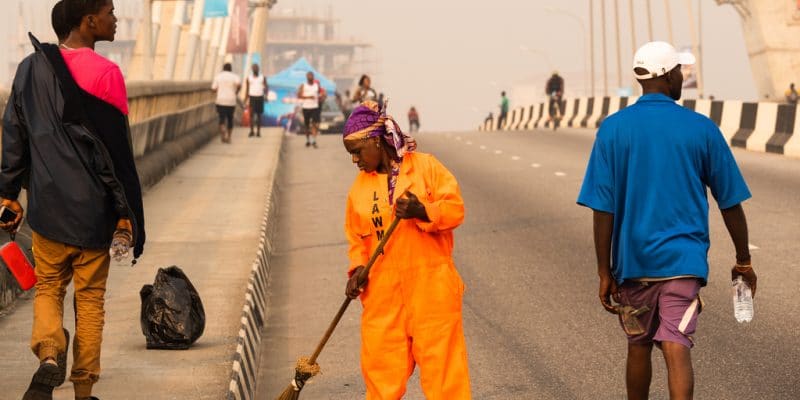 First City Monument Bank (FCMB) is opening a N4 billion (over US$9.7 million) line of credit facilitated by the Lagos State Waste Management Agency (Lawma), to support the private sector in solid waste management in Lagos. The beneficiary companies are grouped around the Association of Waste Managers of Nigeria (AWAMN).

The Association of Waste Managers of Nigeria (AWAMN) has funds to improve its operational efficiency on the streets of Lagos, the most populous state in Nigeria with over 20 million inhabitants. AWAMN is benefiting from a N4 billion (over $9.7 million) line of credit recently granted by the First City Monument Bank (FCMB). “The line of credit, facilitated by the Lagos State Waste Management Agency (Lawma), will strengthen the working capital of private sector participants (PSPs) in waste collection, aggregation and recycling. Each AWAMN member will have access to funds at a minimum interest rate,” says the FCMB. The Lagos-based group also supports the Cleaner Lagos project, launched in 2016 by the local government for a cleaner environment.

Among AWAMN’s projects is the acquisition of new equipment, as well as capacity building for waste management operators in Lagos. With this support, AWAMN should be able to support Lawm. Lagos State generates about 13,000 tonnes of waste per day.

To improve solid waste management and preserve the environment in Lagos, Lawma acquired 102 trucks in early August 2021. These include 30 compactor trucks of 12 m3 each, 60 others with a capacity of 24 m3 each and 12 hook loaders. The public body has also acquired 100 double bins for selective waste separation. The collected waste is dumped at Olusosun, a 27-year-old site in Ojota, a district of Lagos.

As in Lagos, waste management systems in other Nigerian states are not very effective. According to Nigeria’s central government, at least 70 per cent of the 32 million tonnes of waste produced annually in the West African country ends up in landfills, sewers, beaches and water bodies.