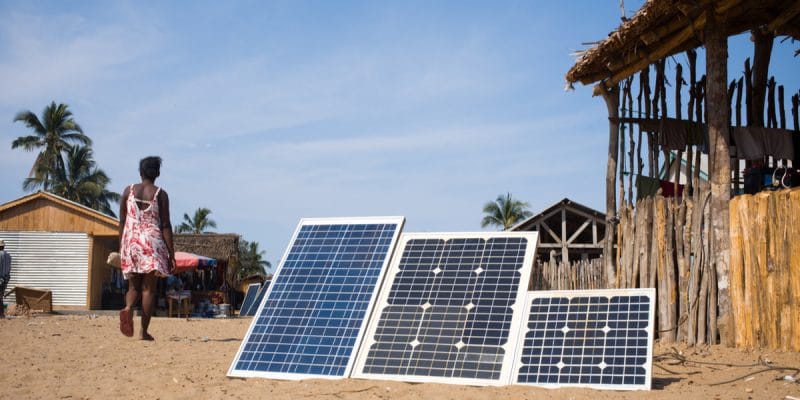 The European Union has allocated €150 million in funding to Nigeria to help meet the challenges of climate change. This financing will mainly be used to develop renewable energy projects.

In Nigeria, the current renewable energy target is codenamed “Vision 30:30:30:30”. Africa’s most populous country hopes to have an installed energy capacity of 30 GW by 2030, 30% of which will be renewable. It is an energy development that, according to the authorities, will require $100 billion. This is a costly programme, which therefore requires support similar to the one just renewed by the European Union (EU).

The 27-member group will release a €150 million package dedicated to financing renewable energy in Nigeria. “I would like to urge the federal government to take the issue of climate change seriously and show the way forward to address it. The major actors should also take this opportunity to support each other so that everyone plays their part and assumes their responsibilities,” said Ketil Karlsen, Head of the EU Delegation in Nigeria.

The EU’s third climate financing in Nigeria in 2019

Nigeria is now receiving EU support for the third time under its energy programme within a year. In May 2019, the European Union announced two major investments in Nigeria in the renewable energy sector. These are the €30 million investment facility of the Electrification Financing Initiative (ElectriFI) and a €165 million direct loan from the European Union. A total of 195 million euros, which will help to promote people’s access to electricity, support companies investing in off-grid projects in Nigeria (solar home kits) and support the private sector in providing deserved areas with electricity.

In an interview with the newspaper “The Nation”, the head of the EU delegation presented the challenges of this investment as follows: “In Nigeria, more than 80 million people do not have access to the national electricity grid. A situation that affects people’s standard of living and economic growth. Nigeria still has a long way to go in terms of electricity creation, development and consumption. This is why the EU supports energy initiatives in the country.” On ground, the money will be used to finance several projects led by young Nigerians in the renewable energy sector. An approach that also creates new jobs.