NIGERIA: Em-One to install mini-grid on Ministry of Energy’s rooftop 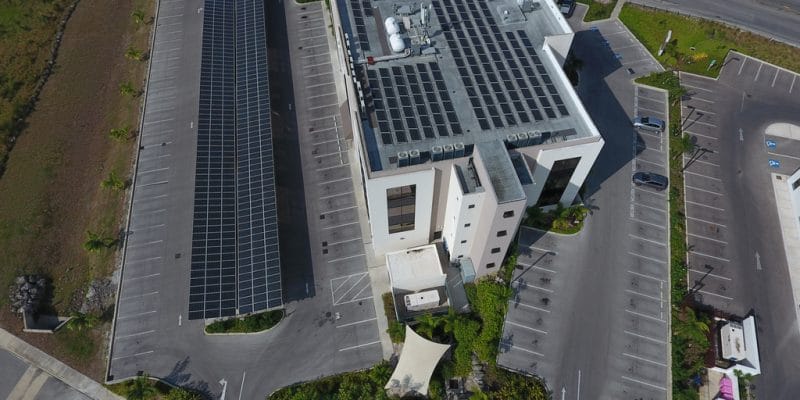 An agreement has been reached between the Nigerian Ministry of Energy, Works and Housing and Em-One, a company specialising in the production of solar energy. The company will install a mini-grid on the Ministry's roof in Abuja.

Good news for Em-One! The Nigerian company, which specialises in solar energy production, has recently won a contract to install a mini-grid on the roof of the Nigerian Federal Ministry of Energy, Works and Housing. The agreement was signed between Minister Babatunde Raji Fashola and Mir Islam, Em-One’s CEO.

The Abuja-based company is responsible for installing a mini-grid of solar panels capable of producing 1.52 MW of electricity per day. It will be accompanied by a storage system composed of batteries from the American brand Tesla, capable of storing 2.26 MWh of electricity. The storage system will allow the facility to continue to provide electricity to the department after sunset.

An alternative to the network

With the future solar mini-grid, the Ministry of Energy, Works and Housing will be more autonomous from the national electricity distribution grid. The specific Em-One company also includes the renovation of the electrical system of four office buildings within the headquarters of the Ministry of Energy, Works and Housing, to improve energy efficiency. The modernisation work will replace old electrical appliances with more energy-efficient ones, reducing the facility’s energy consumption by 40%. All energy efficiency components will be provided by Schneider Electric, a French company.

The Nigerian company Em-One estimates that the mini-grid will prevent emissions of 26,000 tonnes of CO2 per year. In addition, “once completed, the system will save millions of nairas (Nigerian currency) each year through a cleaner and more reliable power supply. It is part of the federal government’s commitment to renewable energy and the mini-grid strategy,” says Babatunde Raji Fashola, Federal Minister of Energy, Works and Housing.

Em-One is not the first company to provide a mini-grid to the headquarters of a federal Ministry of Energy. In October 2018, Proserve Energy Services won a contract to install a 750 kW mini-grid on one of the rooftops of the public facility, with a $2.5 million investment. The company will sell the electricity produced directly to the Ministry for 10 years.