NIGERIA: Ecological houses to face the housing crisis in Lagos 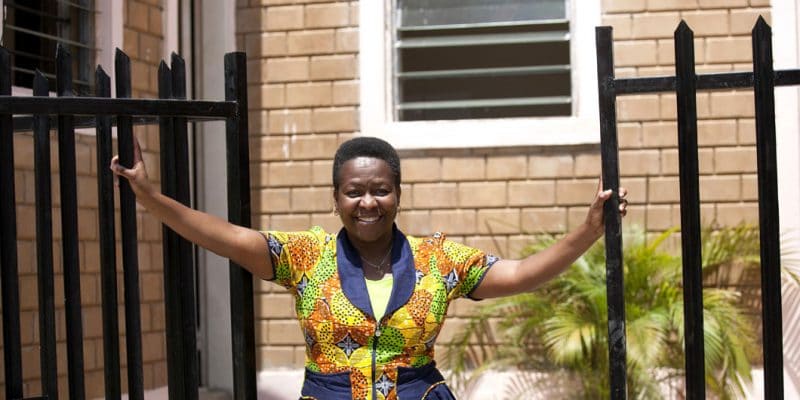 The ecological houses currently being built in Nigeria are the work of architect Chinwe Ohajuruka. Its mission is to provide housing for people living in slums who are unable to afford ordinary housing.

Nigeria is one of the ten most populous countries in the world (186 million people in 2016 according to the World Bank). According to the UN, the exponential growth of its population could lead it to surpass that of the United States by 2050. The vast majority of these people live in cities. Africa’s most populous country is experiencing a strong rural exodus. The result: a city like Lagos, for example, now has more than 12 million inhabitants. Access to housing has become an obstacle course, hence the birth of many slums where houses are sometimes unhealthy and built in an anarchic way. In this context, the goal of architect Chinwe Ohajuruka is to reduce these slums with his company Comprehensive Design Service.

The company addresses people who would not otherwise have access to a property. He seeks to improve the standard of living of Nigerians by providing affordable housing, reliable renewable energy, clean water and waste recycling strategies generated by the house’s residents.

Chinwe Ohajuruka recently announced that his agency will build forty green houses in the coming months in Lagos, Nigeria’s economic capital. These units will include studios or houses with one or two bedrooms. “It’s about designing buildings according to climate based on the basic principles: avoid exposure to sun, rain and insects; maximise natural ventilation and natural lighting; lift the building off the ground to prevent and control flooding, and capture rainwater when possible”, says Chinwe Ohajuruka in a report in The Christian Science Monitor. “We design and build compact houses that are self-sufficient, powered by solar energy and water. They fight climate change in a natural and innovative way”.

In these houses that can be seen in several corners of Lagos, the water used is drawn from boreholes running on solar energy. Chinwe Ohajuruka explains that it is inspired by the architecture of traditional Nigerian houses. Indeed, these houses were better adapted to the climate and did not need air conditioning in periods of high heat. According to her, her constructions generally cost 25 to 50% less than similar houses in similar regions and consume 50 to 75% less energy.

A technology acclaimed by many institutions

The architect’s extensive work in Nigerian cities has won him the Cartier Women’s Initiative Awards (a prize that recognises women-led businesses in all countries and sectors that strive to create a strong social impact).

The work is also supported by institutions such as the Usaid (American Agency for International Economic Development) which has funded several Comprehensive Design Service projects. She also received support from the Western Union Foundation. His work is very important for the authorities who affirm the need to build 17 million homes in Nigeria in the coming years to contain the crisis.

NIGERIA: Zugacoin and Green Enclave to develop a smart city in Rivers State