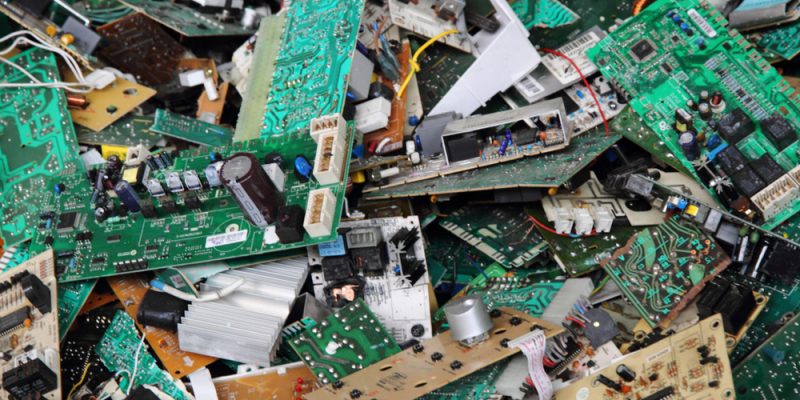 Europe and the United States illegally send their electronic waste, loaded with heavy metals, to Nigeria. The information was officially confirmed at the end of April 2018 by the US Environmental Protection Agency. A lucrative and illegal business... boom.

Nigeria is the new dumping ground for Europe and the United States. The numbers are alarming. Of the 66,000 tons of second-hand electronics sent to Nigeria, 15,400 tons do not work; that is nearly 25% of the goods sent. These data were revealed by a study conducted by the U.S. Environmental Protection Agency (EPA). Most of the defective products come from Europe and the United States. “For decades, Europe and the United States have sent their e-waste to the African and Asian continents, sometimes illegally. Recently, this old problem has taken on a new dimension: some European exporters are hiding used electronics in used cars,” reports the online newspaper Motherboard. The investigators deployed in the field to conduct the study were from the United Nations University and the Basel Convention Coordinating Center (BCCC).

The study lasted 16 months, between 2016 and 2017. It enabled these two institutions to search 201 containers and 2,184 second-hand vehicles arriving by boat at the port of Lagos. According to these researchers, 77% of these aircraft came from European Union ports, distributed as follows: 20% for Germany, 19.5% for the United Kingdom, 9, 4 for Belgium and 8.2 for the Netherlands.

A real threat to the environment

Products sent to Nigeria are, for the most part, extremely difficult to recycle. Smartphones, computers, televisions and other household appliances contain heavy metals. “It contains lead, mercury and cadmium,” says Jim Puckett of the Basel Action Network (an association that promotes the environmentally friendly disposal of electronic waste, editor’s note). According to the same source, “many of the imported products described in the study, such as the first LCD screens, are equipped with mercury-containing backlighting devices. When you dismantle them, you breathe in that mercury. The transport of this defective material is clearly prohibited by the Basel Convention on the Control of Transboundary Movements of Hazardous Wastes and their disposal, as well as by European Union regulations.