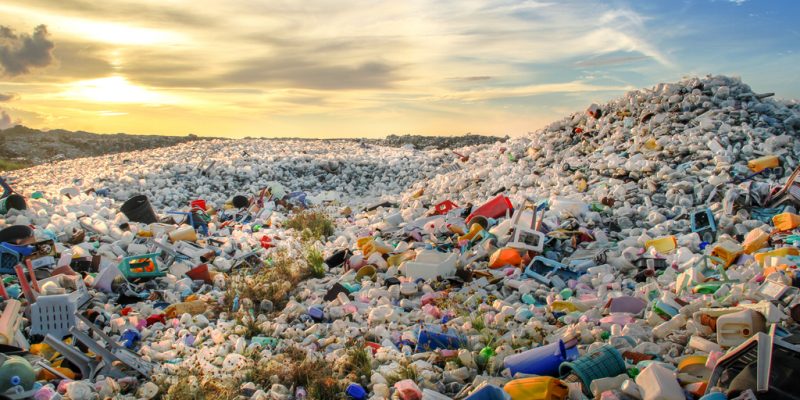 Dow, a company specialising in providing "innovative and sustainable" solutions for packaging, has recently launched the "ReflexNG" project in Nigeria. The initiative aims to collect and recycle plastic waste in Lagos, an economic hub and Nigeria's largest city. Dow will implement the project in collaboration with local partners.

Environmental pollution from plastic waste will soon be reduced in Lagos, Nigeria’s most populous city. Packaging solutions provider Dow is launching a sanitation project in the city called “ReflexNG”. It is a pilot project to collect and recycle plastic waste in Lagos. ReflexNG is part of Dow’s overall sustainability goal of “Stop the Waste”, which will collect, reuse or recycle one million tonnes of plastics worldwide by 2030. The company plans to work with local partners such as Omnik and RecylePoints.

The “ReflexNG” project is specifically concerned with the recycling of used water sachets (pouches) via a pilot programme. “Through this programme, we want to show residents that it is possible to collect, recycle and reuse plastic,” says Dow. The company, in collaboration with Omnik and RecylePoints, will collect approximately 300 million pieces of waste as part of the “ReflexNG” project. The waste will then be sent to recycling facilities. A “viable” business case for the use of recyclates (resins made from recycled plastic) in non-food primary packaging applications will also be conducted.

In Nigeria, 19 per cent of the population does not have access to safe drinking water, the majority of which is in Lagos. To alleviate this problem, some people have been opting for water sachets in recent years, leading to pollution by plastic waste. Beyond collective sanitation actions, a change of mentality is needed. With this in mind, Dow and its local partners plan to raise awareness among residents as another component of the “ReflexNG” project. The project will also enable Nigeria’s small and medium-sized waste management enterprises (SMEs) to learn the principles of sustainability in order to improve their activities.

The role of stakeholders in the “ReflexNG” project

For the implementation of this waste management project in the city of Lagos, each partner will have its part to play. Used water sachets will be collected by RecyclePoints, a waste management start-up using kiosks, a telephone application and collectors. “The kiosks serve as a focal point for the community to bring in waste in exchange for food, mobile phone credits, money and other useful items. The application is used to coordinate the collection from several points in the city,” says Dow. The collection aspect of the project is funded by Dow’s Impact Fund and will be expanded to other collection partners in a later phase.

Once the waste is collected, Omnik will be responsible for processing it into PCR (post-consumer recycling). “Currently, the first lots have been collected and sent to Dow’s packaging studios in Tarragona, Spain, where they will be analyzed and tested. Based on this evaluation, Dow and Omnik will work together to improve the properties of the recyclates so that they can be reused appropriately,” says Dow. Apart from waste treatment, Omnik has funded a stationary buy-back center, managed by RecyclePoints, at the Lagos State Ministry of Environment. The goal is to create a long-term infrastructure for plastic waste recovery. This will enable the setting up a “final warehouse” to deal with water sachets that are harmful to the environnement, while employing more than 200 waste collectors registered by RecyclePoints.

The Lagos Business School Sustainability Centre (LBS sustainability Centre) will act as a training partner. Currently, the LBS sustainability centre is organising a series of lectures on the circular economy and has partnered with Dow to train a group of 40 social entrepreneurs who currently have waste management companies in Nigeria. The aim is to ensure that the education and materials these entrepreneurs receive through the process will lead to the long-term sustainable collection of flexible packaging, particularly water sachets.

GHANA: University of the Environment will train its first batch of students