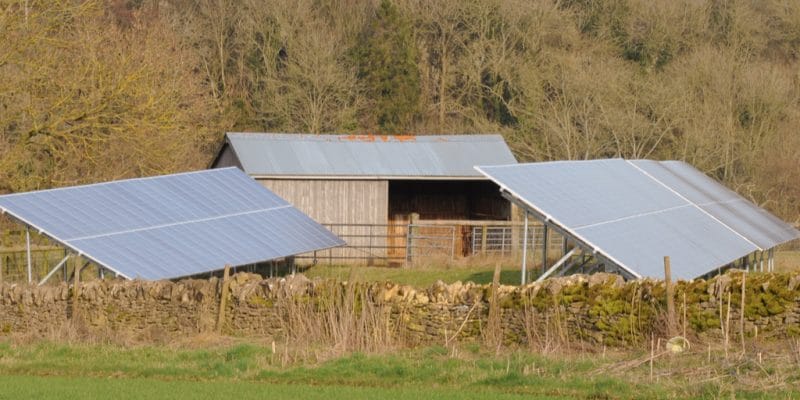 A partnership agreement has just been signed between Azuri Technologies, a British company that offers solar solutions for Africa, and the First Bank of Nigeria. The partnership focuses on the provision of solar mini-grids in rural Nigeria.

A new alliance has just been formed in the off-grid solar sector in Nigeria. Azuri Technologies, a British company offering solar solutions, has decided to turn to First Bank of Nigeria, one of the oldest and largest financial institutions in this West African country. Like many banks in Africa, First Bank has a “mobile money” service available in the most remote parts of the country. Entitled “Firstmonie”, it will be useful to Azuri Technologies’ customers who are often unable to pay for their installation in one go.

Thanks to this agreement, which binds the two companies, the villagers could acquire their equipment (consisting of solar panels, battery and satellite television, editor’s note) on the model of the “pay-as-you-go” (pay-per-use). But, in return, this equipment will have to bear the logo of First Bank of Nigeria next to that of Azuri Technologies…

One more market for Azuri in Africa

Nigeria represents a major market for Azuri Technologies, which is not the only operator to enter the solar mini-grid market. Other companies are targeting this market of more than 200 million people, of which about 59% are connected to the national electricity grid, according to the World Bank. This is the case with Bboxx, another British company.

“Azuri and FirstBank share a vision of a fair partnership, where all consumers will have the opportunity to benefit from modern financial and digital services, no matter where they live. The agreement is another step towards achieving this ambition,” said Simon Bransfield-Garth, President and CEO of Azuri Technologies. For its development, the company also relies on distribution companies whose brands are better known. In Kenya, for example, where Azuri Technologies hopes to provide mini-grids to 150,000 people, the company has decided to team up with Unilever, the Anglo-Dutch distribution giant with a strong presence in Africa.

To date, Azuri Technologies, which was launched in 2012, has already distributed more than 150,000 solar kits in countries such as Rwanda, Uganda, Tanzania, Zambia, South Africa and Nigeria.

Solar Show Africa: Solar market players will be in Johannesburg in August

SEYCHELLES: China finances renewable energies to the tune of $11 million