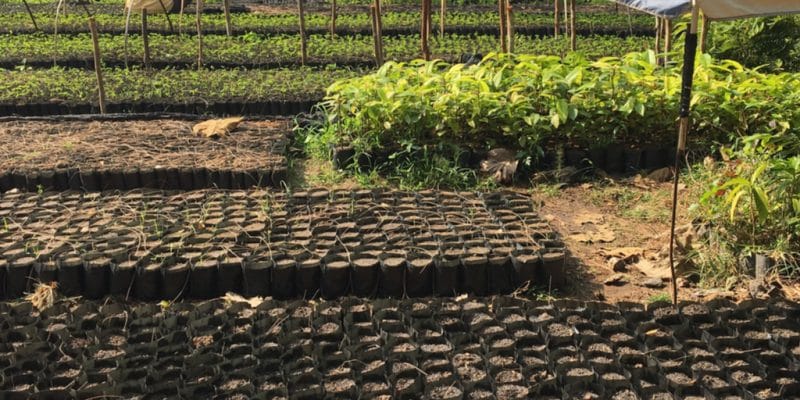 Nigeria will manage the funds allocated to the Great Green Wall (GGW) project. Over the next two years, the West African country is tasked with accelerating the mobilization of resources needed to implement the GGW's 10-year Priority Investment Plan (PIP) 202-2030.

The chairmanship of the Great Green Wall (GGW) project and the management of funds allocated to this pan-African initiative will be assumed by Nigeria over the next two years. The country was designated at the end of the fourth ordinary session of the Council of Heads of State involved in the project.

For Nigerian President Muhammadu Buhari and his Minister for the Environment Sharon Ikeazor, Nigeria will strengthen efforts in mobilizing resources for the accelerated realization of the Ten-Year Priority Investment Plan (PDIP) 2021-2030 related to the GGW.

According to the International Energy Agency (IEA), the Sahel is one of the most vulnerable regions on the continent where climate change is exacerbating drought, deforestation and other ecological losses important to the people of this 5.4 million square kilometre transition zone between the arid Sahara Desert in northern Africa and the tropical forest.

The largest vegetation barrier in the world

The Great Green Wall is an initiative of the African Union (AU) to combat the effects of climate change and desertification in Africa. It aims to restore, by 2030, 100 million hectares of degraded land in Africa through a large vegetation barrier over 8,000 kilometres south of the Sahara. This represents the restoration of over 150 million hectares of land.

The GMA was the brainchild of former Nigerian President Olusegun Obasanjo and was presented in 2002 at a special summit in N’Djamena, Chad, on the occasion of World Day to Combat Desertification and Drought. A year later, the project was approved by the leaders of the Community of Sahel-Saharan States in Ouagadougou, Burkina Faso.

The project is preconceived as a long, 15 km wide corridor crossing the entire African continent for 7,800 km through 11 countries including Burkina Faso, Chad, Djibouti, Eritrea, Ethiopia, Mali, Mauritania, Niger, Nigeria, Senegal and Sudan. This vegetation strip will link Dakar to Djibouti and will cover more than 117,000 km2 or 11.7 million hectares.

At the One Planet Summit on biodiversity held on January 11, 2021, several development partners pledged nearly $16 billion to the GMA project for the period 2020-2025. The initiative is currently at about a 4% completion rate and the arrival of Nigeria at the helm is expected to accelerate the involvement of regional and international partners in the project.

Several organizations have already joined forces to implement the Great Green Wall project. These include the World Agroforestry Centre (Icraf), the Inter-State Committee for Drought Control in the Sahel (CILSS), the African Union Commission (AUC), the Economic Community of West African States (ECOWAS) and the Food and Agriculture Organization (FAO).