Homepage » NIGERIA: A campaign against bushmeat consumption is in full swing 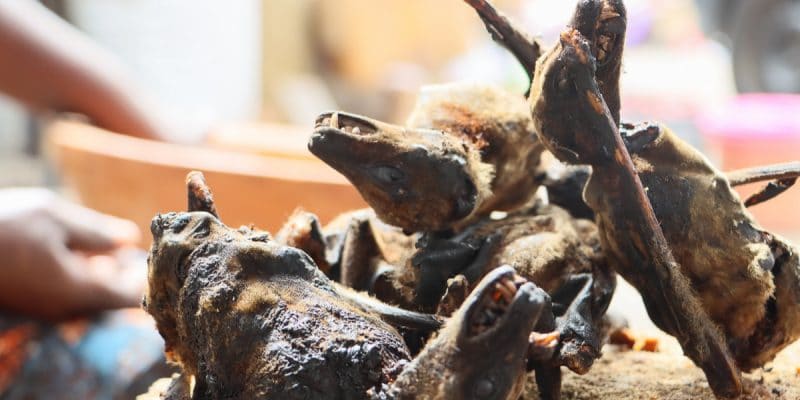 The conservation organization WildAid is leading a campaign against the demand for illegal bushmeat in Nigeria's urban centers. The US-based organization wants to make Nigeria the West African leader in wildlife protection.

A poster shows Nigerian urban music star Davido having fun with Neal, a white pangolin rescued from the illegal bushmeat trade in Lagos, Nigeria’s economic capital. This is one of the multiple visuals, which since the beginning of January 2022, animates the campaign launched by WildAid, a non-governmental organization (NGO) based in San Francisco, USA, whose mission is to reduce the demand for wildlife products. The campaign, called “Nigeria for Wildlife,” developed in collaboration with the Nigerian Ministry of Environment and other government agencies, aims to encourage Nigerians to stop the illegal consumption of bushmeat.

“Well-managed national parks ensure the safety of people and wildlife and create an enabling environment that can attract tourism, create decent local jobs, combat poaching, protect biodiversity, and meet international commitments,” says Sharon Ikeazor, Minister of State for the Environment. As a signatory to the Convention on International Trade in Endangered Species of Wild Fauna and Flora (CITES), Nigeria is committed to protecting, restoring and promoting the sustainable use of biodiversity, yet its wildlife remains fragile.

Nigeria no longer has rhinos in the wild

According to the NGO WildAid, animals such as cheetah, rhino and giraffe are no longer available in the wild in Nigeria. The West African country now has only about 50 lions, nearly 100 gorillas, 500 elephants and 2,300 chimpanzees in the wild. The illegal consumption of bushmeat is one of the main factors of this decline of wildlife. It is widespread in the country’s major cities.

For the Lagos State Commissioner for Health, Akin Abayomi, the disruption of wildlife balances has major implications for human health. Zoonotic diseases such as the Covid-19 pandemic and Ebola are clear examples.

WildAid, which wants to make Nigeria the West African leader in the fight against the consumption of wildlife products, has based its campaign on the fame of celebrities. In addition to singer Davido, the “Nigeria for Wildlife” campaign has as ambassadors, Nollywood actress Stephanie Linus, comedians Emmanuella Samuel and Josh2Funny, Miss Tourism Nigeria Mercy Jessica Odjugo and religious leaders of the Inter-religious Council of Nigeria (NIREC).