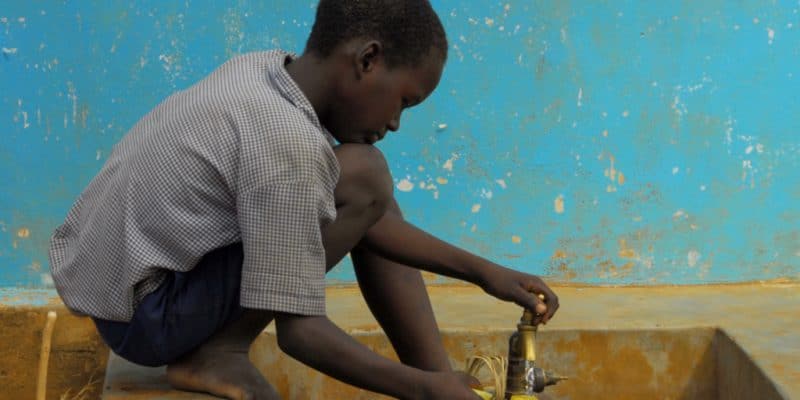 Galmi village is equipped with a mini drinking water supply system (AEP). Built by the Nigerian Civil Engineering Company, SNTC, it will provide more than 27,000 people with drinking water.

A mini drinking water supply system (AEP) has been inaugurated in Galmi, a village located in the department of Malbaza, in southern Niger. Its commissioning was the subject of a ceremony attended by Prime Minister Brigi Rafini, accompanied by several other ministers from the Government of Niger and the representative of the World Bank. The construction of the mini-AEP is the work of the Nigerien company for civil works (SNTC).

The AEP consists of a 500 m deep borehole. The water is pumped and transported to a 500 m3 capacity castle. SNTC estimates that the facility has a daily capacity of 2,000 m3, with the needs of the local population estimated at 1,936 m3. The project is expected to supply 27,800 people living in 14 surrounding villages. Water will be provided through 150 social connections and 27 standpipes. The installation of this equipment generated a total cost of CFAF 1.8 billion, or more than €2.7 million.

The financing of the mini drinking water supply in the Galmi village was financed by the State of Niger with the support of the World Bank. The construction of the infrastructure is part of the Urban Water, Hygiene and Sanitation Project (dubbed Pehamu in French). The objective is to expand access to sustainable water supply and sanitation services in urban areas, with a view to achieving the Millennium Development Goal on urban water supply and sanitation. Pehamu’s activities also have impacts on land and livelihoods.

This project will fund a number of small community sub-projects that will be identified and planned by the communities, with the support of the support teams funded by the project, and then submitted to local authorities for funding approval. Like the mini-AEP in Galmi.

According to the Government of Niger, Pehamu’s intervention will benefit the population by rehabilitating and building water towers, water collection, supply and special connections, as well as providing and installing social connections, renewing obsolete networks, building latrines and public buildings.