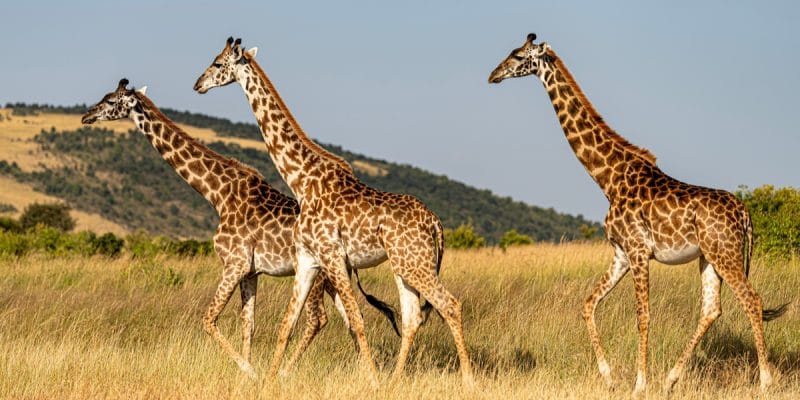 The eco-responsible fashion brand Girafon Bleu has launched a new line of shirts made from leftover fabric. These upcycled shirts have a double ecological advantage. The sale of these shirts makes it possible to finance the preservation of the last West African giraffes, present in Niger.

On November 1st, 2020, Girafon Bleu launched its upcycling shirts online, unisex garments (which can be worn by both men and women) designed in Portugal from scraps of fabric or rolls of fabric that have been abandoned for years at the bottom of hangars. The second importance of this eco-responsible fashion process is beneficial for African biodiversity. An amount of 5 euros is taken from the sale of each shirt and donated to the Association for the Safeguarding of the Giraffes of Niger (ASGN).

Based in Niamey, Niger, the ASGN campaigns for the protection of the last wild giraffe herd in West Africa. In the 19th century the giraffe peralta (an endemic species) was present from Senegal to Chad. But faced with the loss of their natural habitat caused by deforestation and climate change, the population of this species has been reduced and is only found in the region of Kouré, 60 km east of Niamey. In order to preserve the last giraffe herd in West Africa, the ASGN’s action consists in reforesting the region to fight against desertification and maintain the giraffes in their natural habitat by providing them with sufficient food resources. An action that has enabled giraffes to increase from 50 to more than 700 specimens in the space of 20 years.

The ASGN has already collected 5,400 euros.

The ASGN is planning to create a nursery of 20,000 acacia plants in Kouré in which three local residents will work. The cost of the project is estimated at 7,800 euros. But thanks to the financial support of Girafon bleu, the PAL Nature foundation and donations from private individuals, 5,400 euros have already been mobilised.

The ASGN also intends, thanks to the support of its Blue Giraffe, to distribute micro-credits to the populations of the area. These micro-credits make it possible to start income-generating activities, thus creating a mini-economy within the villages, profitable to all and favouring the development of the local environment.