NAMIBIA: Windhoek and Berlin to cooperate on green hydrogen development 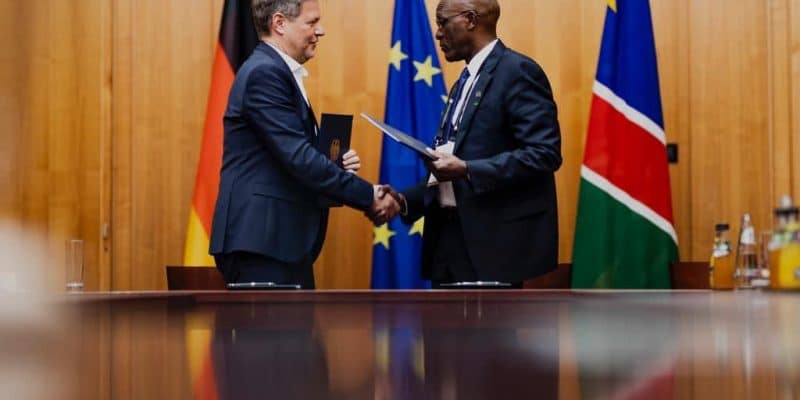 The Namibian and German governments have just signed a joint declaration of intent to accelerate the research, development and production of green hydrogen. German investors are already positioning themselves in the green hydrogen market in Namibia.

The conflict in Ukraine is putting a strain on the energy sector in Germany. Berlin is 40% dependent on Russian gas. According to experts, this fossil fuel can be replaced by green hydrogen and its derivatives. This justifies Germany’s current diplomatic offensive to develop the nascent global market for green hydrogen. This policy led Robert Habeck, the German Vice-Chancellor and Minister for Economic Affairs and Climate Action, to Namibia. Together with the Namibian Minister of Mining and Energy, Tom Alweendo, the German Vice-Chancellor signed a joint declaration of intent.

Germany’s annual demand for green hydrogen is currently estimated by the Hydrogen Council at 1.7 billion m3 per year. And in view of the current geopolitical context, this demand is expected to increase over the next few years. But Germany has not waited for the war in Ukraine to begin to participate in the development of the global green hydrogen market, including the start of cooperation with Namibia in this area. In August 2021, Berlin announced $40 million in funding for Namibia.

This funding is intended to support research for the development of the green hydrogen industry. At the same time, German private investors have announced investments in this rapidly developing sector in Namibia. This is the case of the industrial group Enertrag, which has joined forces with investor Nicholas Holdings to launch Hyphen Hydrogen Energy. The joint venture will invest 9.4 billion USD to develop a green hydrogen project in Namibia.

Hyphen aims to achieve a capacity of 300,000 tonnes of green hydrogen per year by 2030, by converting 5,000 MW of solar and wind power. The project is supported by the Namibian government.