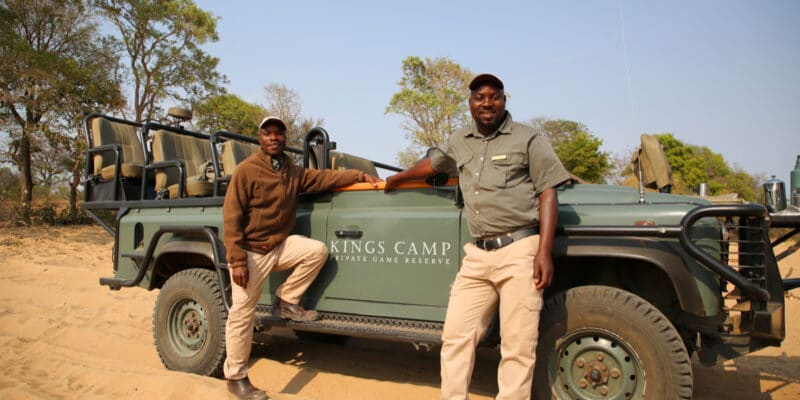 Rangers in the Etosha National Park in northern Namibia will receive capacity building in the fight against wildlife crime. The 15-day training will be delivered from mid-May 2021 by members of Wildlife Angel, a French non-governmental organisation (NGO). The organisation has launched a fundraising campaign for its mission to Namibia.

The next Wildlife Angel mission is scheduled for mid-May 2021 in Namibia. In this southern African country, the organisation’s mission will be to train rangers in the famous Etosha National Park, located in the north of the country. This is an area of considerable wildlife importance, where Namibia’s largest population of white rhinos can be found.

The first objective of the mission is to remind the rangers of the basics of safety, improve their equipment (water bottles, backpacks, closed shoes, and radios) and ensure that they develop new skills. Their mission also aims to provide a force that can be mobilised at any time, which a reserve in difficulty can call on in the event of an attack by criminals.

The Wildlife Angel mission in Namibia is planned to last 15 days for 15 rangers trained by five anti-poaching specialists. The preparation, logistical and operational costs for this type of project are estimated at between 20,000 and 50,000 euros per mission in 2021. To find the funds, the NGO is using participatory financing on the Helloasso website.

Created in 2015 by Sergio Lopez, Wildlife Angel has already carried out 10 missions across 6 African countries where wildlife is threatened. From the arid savannahs of Namibia to the W Park in Niger and Burkina Faso, via the rainforest of the Democratic Republic of Congo (DRC), the NGO has trained nearly 200 rangers. “We are convinced that the best way to have a real impact is to get into the action, to be on the ground and to train local people to fight wildlife crime,” says the NGO.

Wildlife crime has reached alarming proportions in Africa. According to the second report on wildlife crime, published on 10 July 2020 by the United Nations Office on Drugs and Crime (UNODC), an elephant is killed every 25 minutes in Africa for its tusks. The same is true for the rhino, of which 4 individuals are slaughtered every day in Africa.