Homepage » NAMIBIA: Wild animals on sale as a result of severe droughts

NAMIBIA: Wild animals on sale as a result of severe droughts 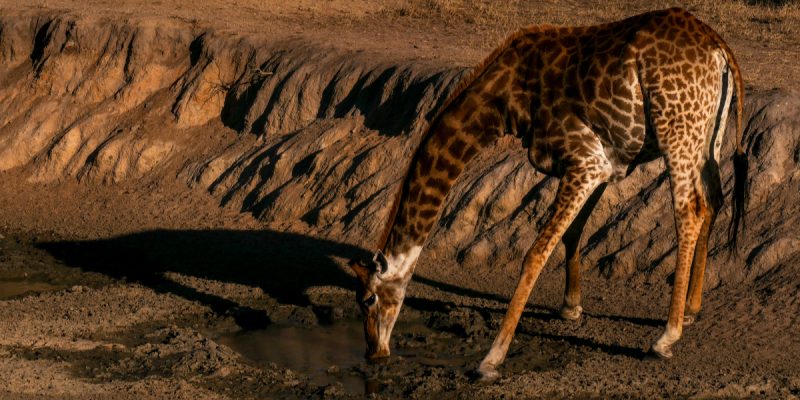 The Namibian government is facing one of the worst droughts in recent years and is making a strong decision. The government auctioned off nearly a thousand wild animals. The money from the sale, approximately $1.1 million, is for species conservation.

Namibia, a desert country in southern Africa, is suffering from one of the worst droughts in recent years. Local weather estimates that in some parts of the country, this is the worst drought the country has experienced in 59 to 90 years. Most regions suffer from water shortages because the watersheds, for not receiving enough water during the last rainy season, are almost dry.

The situation has been ongoing since April 2019, and the government is determined not to stand idly by while drought wreaks havoc in the country. With respect to wildlife, the Ministry of the Environment is taking a strong action. “This being a year of drought, the Ministry would like to sell different types of animals in protected areas to generate funds for parks and wildlife management,” said Environment Ministry spokesman Romeo Muyunda.

A report from the Namibian Ministry of Agriculture in April 2019 indicated that 63,700 animals had died in 2018 due to drought. To avoid another disaster, the government is selling, as of the week of June 17, 2019, a thousand animals consisting of 600 buffaloes, 150 springboks, 65 oryx, 60 giraffes, 35 elephants, 28 elephants, 20 impala and 16 kudus. Sales are expected to generate approximately $1.1 million, which will then be injected into species conservation. There are currently 960 buffalo, 2,000 springboks, 780 oryx and 6400 elephants in the national parks.

The government declares a state of natural disaster

Concern about the drought in Namibia is such that in May 2019, the Prime Minister declared a state of natural disaster before seeking international assistance in parliament. “The livelihoods of a majority of Namibians are at risk, especially those dependent on agricultural activities,” said Saara Kuugongelwa-Amadhila.

In the same month of May, World Food Programme (WFP) spokesman Hervé Verhoosel told VOA that the WFP had not yet received a written request from the Namibian authorities, but that his institution was still paying attention to the situation in Namibia.

Pending international aid, the government says it has allocated an amount equivalent to $38.3 million, or more than N$567 million, to help farmers and people affected by the lack of rainfall.

Like the rest of southern Africa, Namibia, with a population of 2.4 million, has suffered for several years from droughts aggravated by El Niño-type climatic events affecting crops and livestock.

Today, some 240 million Africans are already suffering from hunger. By 2050, an increase of about 1.2 to 1.9 degrees Celsius will suffice to increase the number of undernourished Africans by about 25% to 95% (+25% in Central Africa, +50% in Eastern Africa, +85% in Southern Africa and +95% in West Africa). The situation will be catastrophic for children whose academic success depends on appropriate nutrition. The Economic Commission for Africa (ECA) estimates that child stunting caused by malnutrition could deprive African countries of 2 to 16 per cent of their gross domestic product.

SAHEL: AfDB pledges US$ 6.5 billion for the Great Green Wall initiative over 5 years

Solar Show Africa: Solar market players will be in Johannesburg in August

AFRICA: calls for tenders to develop the resources of the Orange basin