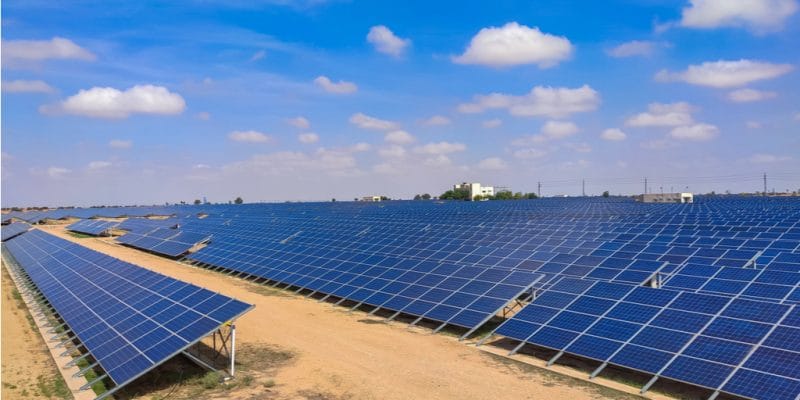 The Trekkopje solar power plant has recently been commissioned. With a capacity of 5 MW, it was built by Sertum Energy Namibia, an independent power producer (IPP). This facility is located on a site that could produce 27 MW.

The Namibian authorities recently visited Trekkkopje, a locality located 50 km from the seaside resort of Swakopmund, capital of the Erongo administrative region in the west of the country. The aim was to inaugurate the Trekkopje solar power plant, built by Sertum Energy Namibia, an independent power producer (IPP), a collaboration between the Italian company Enertronica and the Namibian businessman Elton Katangolo.

According to Maurizio Decinti, the main consultant of the Trekkopje solar project, “this is the first power plant where trackers are mounted on the structures, allowing the modules to follow the movement of the sun during the day, thus optimising the already high irradiation”. The solar power plant has a production capacity of 5 MW.

An investment of approximately $7.9 million

The electricity produced in Trekkkopje is fed into the national Zambian electricity grid from a substation not far from the plant, which is intended to supply the Trekkopje uranium mine, owned by the French company Areva, now Orano. The mine never came on stream because of the global context of falling uranium prices following the Fukushima nuclear accident in Japan in 2011.

The Trekkopje substation was also built to supply electricity to the desalination plant near the mine. Owned by Orano, it was mainly used to supply water to the Trekkopje uranium mine, a facility that never went into service and was expected to have a capacity of 55,000 m3 per day.

However, the gloomy business climate around Trekkopje did not affect the implementation of Sertum Energy’s solar photovoltaic project. “This demonstrates our unwavering commitment to supporting renewable energy technologies and the participation of private actors in the national energy sector,” said Nangolo Mbumba, Vice-President of the Republic of Namibia.

To address the mine’s failure, the operator signed a 25-year power purchase agreement (PPA) with NamPower, the company that provides public electricity service in Namibia. The construction of the solar power plant required an investment of N$120 million (US$7.9 million). Sertum Energy implemented this project partly through a loan from Bank Windhoek, a commercial establishment operating in the Namibian market.

The 5 MW provided by the Trekkkopje solar photovoltaic power plant is expected to boost Namibia’s electricity grid capacity, thus helping to reduce its electricity imports. As a reminder, Namibia imports almost 60% of its electricity from neighbouring countries such as South Africa. However, the network capacity of the South African public company Eskom is in deficit. This situation should push Namibia to invest in its own electricity infrastructure.