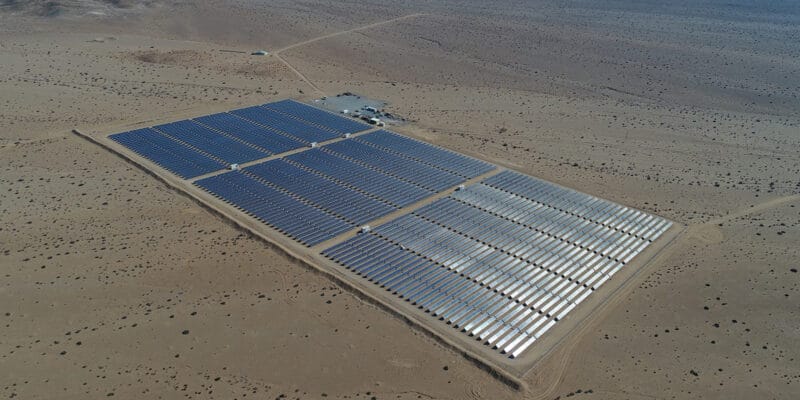 This project company was set up by AEE Power Ventures. The Spanish Independent Power Producer (IPP) has built the Rosh Pinah solar power plant in the southern Namibian province of ǁKaras.    The plant, which has a capacity of 5 MWp, went into commercial operation in 2017. The 13.5 GWh produced annually by the solar farm are sold to the state-owned company NamPower under a 25-year power purchase agreement (PPA).

A plant from the Refit programme

The Rosh Pinah solar project was developed as part of the Refit programme (renewable energy feed-in tariff), launched by the Namibian government with the aim of injecting 70 MW of electricity into the NamPower grid. Old Mutual Investment Group Namibia will share the shareholding of Aloe Investments Number Twenty-Seven with Namibian companies that own 30% of the solar plant since its commissioning in 2017.

The project company retains a technical partner as Old Mutual’s investment is part of a joint transaction with the Namibian subsidiary of Sturdee Energy which has acquired a minority stake in the plant. The Johannesburg-based independent power producer has a portfolio of 587 MW of renewable energy projects mainly in South Africa, Botswana and Cameroon.

NAMIBIA: NamWater launches the rehabilitation of the Calueque-Oshakati canal