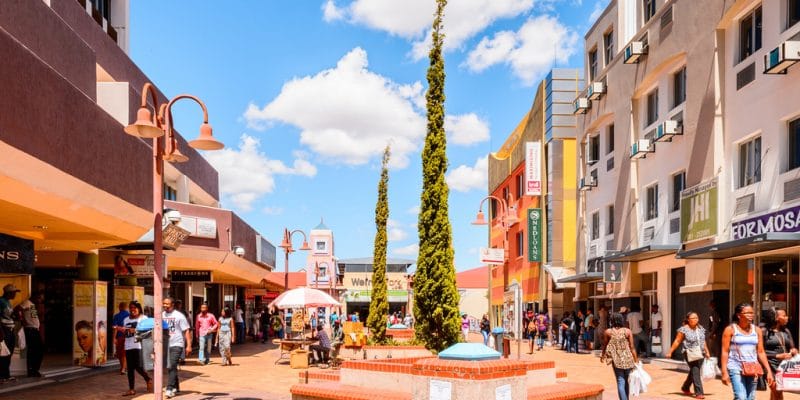 In order to improve waste management in Namibia, the government has developed a new solid waste management strategy. The policy is being implemented by the Ministry of Environment and Tourism through a consultative process. The project is funded by the Deutsche Gesellschaft für Internationale Zusammenarbeit (GIZ), the German agency for international development cooperation.

To address the thorny issue of plastics, the Namibian government is going beyond a mere ban on plastic bags, as some African countries have chosen to do, by introducing a tax. Each citizen will have to pay an environmental tax of N$0.5 (US$0.03) on each plastic bag used. All revenue from the tax will be paid to the Environmental Investment Fund. The money will then be used to improve waste management, including recycling.

Awaited improvements in the recycling industry

Since 2018, the Namibian government has been tackling the plastic problem upstream, working on a ban on the import and domestic production of plastic bags containing calcium carbonate (CaC03), as they cannot be recycled. The authorities also want to ban the use of plastic bags in protected areas.

Currently, the solid waste recycling industry is still in its infancy in this southern African country. A recent study by PhD candidate Tandiwe Mutede (University of Namibia) on solid waste revealed that most waste management activities are located in the recovery, collection and semi-treatment stages of the recycling chain. But the government wants to reverse the trend.

Four mobile recycling units will be deployed in the cities of Rundu Okaukuejo, Divundu and Otjiwarongo on September 21, 2019. The government has opened waste dump sites in the localities of Walvis Bat, Kupferberg near the capital Windhoek, Epukiro, Oshakati, Eheke, Okahao, Ruacana, Ondangwa, Tsandi and Oranjemund. Thanks to these investments, the government wants to become a reference on the African continent in terms of waste management. Namibia will then compete with countries such as Ghana, Kenya, Morocco and Egypt, all of which pursue the same goal.