Homepage » NAMIBIA: NamWater launches the rehabilitation of the Calueque-Oshakati canal

NAMIBIA: NamWater launches the rehabilitation of the Calueque-Oshakati canal 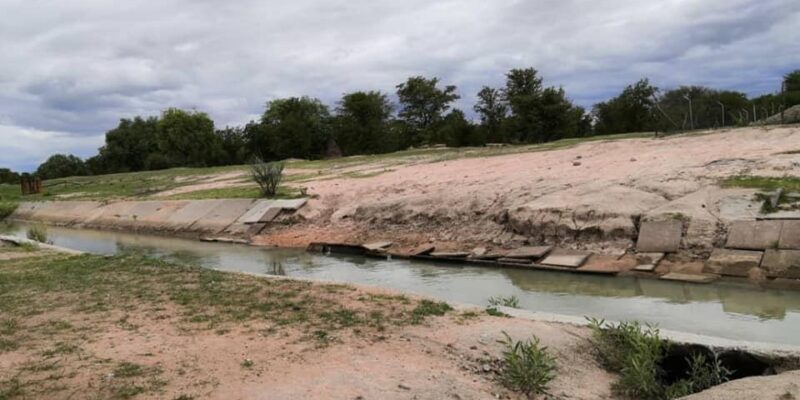 The Namibia Water Corporation (NamWater) has just launched the rehabilitation of the 150 km long Calueque-Oshakati canal. The first phase of the project (5.8 km) will be implemented by three Namibian contractors, namely Radial Truss Industries, Imperative Construction Engineering and Brumar Construction. The work is expected to cost N$93.5 million (nearly U$6,4 million).

The Calueque-Oshakati canal renovation project will be implemented in several phases. The first contract will be carried out by the Namibian companies Radial Truss Industries, Imperative Construction Engineering and Brumar Construction. “They will rebuild part of the canal (5.8 km) so that it can continue to supply drinking water plants,” says the Namibian Ministry of Agriculture, Water and Agrarian Reform. The three companies recently signed a partnership agreement with the Namibia Water Corporation (NamWater), the public company responsible for water management.

According to the Namibian authorities, the reconstruction of the 5.8 km section will cost the state of Namibia N$93.5 million (nearly U$6,4 million). This project is part of a vast reconstruction programme of the entire 150 km canal that runs from Angola (Omahenene) to the Oshakati region in Namibia. “NamWater spends millions of dollars every year to maintain the canal but water leaks continue due to evaporation. Some community members along the canal have deliberately vandalised the facility for aquaculture and livestock farming. In addition, farmers have planted gardens along the dam. As a result, NamWater no longer receives enough water to supply its factories, including the Oshakati drinking water plant,” explains Calle Schlettwein, Namibia’s Minister of Agriculture, Water and Land Reform.

The water that flows in the Calueque-Oshakati canal comes from the Calueque dam, located on the Cunene River in southern Angola. The dam, which has a storage capacity of 200,000 m3, supplies the south of Angola, as well as four NamWater drinking water plants located in Olushandja, Outapi, Ogongo and Oshakati in Namibia. The resource is then distributed to the populations who use it as drinking water or for irrigation. “Once the project is completed, we will regulate the pumping of water from the canal for a fair service. NamWater must also engage farmers to agree on a formula for equitable water supply based on cost recovery principles,” says Calle Schlettwein, Namibia’s minister of agriculture, water and land reform.

Namibia is facing a national water crisis due to severe droughts. According to the African Development Bank (AfDB), the 2018/19 rainy season, one of the driest since 1981, has received only 50% or more of the average seasonal rainfall, posing serious challenges to the economic, environmental and social development programme of this southern African country. In March 2020, the financial institution allocated more than US$3.3 million to the Namibian government for the Namibia Water Sector Support Programme. The AfDB estimates that all components of the programme will be implemented by 2024, providing more than one million people with access to safe drinking water and sanitation services.