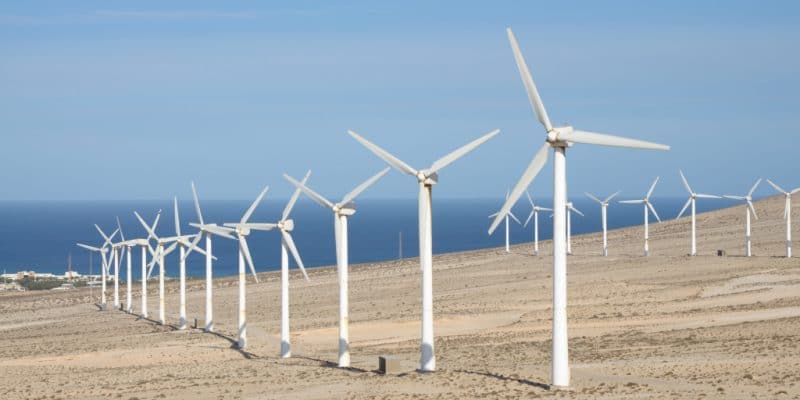 Namibian state-owned company NamPower is launching a call for expressions of interest for the construction (EPC) of its Rosh Pinah wind farm in the southwest of the country. Companies interested in the wind project have until January 20th, 2021 to apply.

NamPower wants to include more wind energy in Namibia’s electricity mix. The Namibian company is implementing the Rosh Pinah wind project, which is currently out to tender. The state-owned company wants to recruit a company that will handle the engineering, procurement and construction (EPC) of the wind farm, which will be located in the Sperrgebiet National Park on Namibia’s Atlantic coast.

The Rosh Pinah wind farm will be equipped with 16 x 2.5 MW turbines, capable of generating 40 MW of power. This will be Namibia’s second wind farm after the 5 MW Ombepo wind farm commissioned in 2019 by InnoSun Energy. Another wind farm is expected to be completed by then, but with a capacity of 44 MW, and that is the Diaz Wind Farm, which will be located near the town of Lüderitz in southwestern Namibia. The power plant will be built by Diaz Wind Power, a joint venture between United Africa Group and Quantum Power.

The Rosh Pinah wind farm, which is currently being tendered, is one of two clean energy projects that NamPower wants to implement in the Tsau//Khaeb National Park (Sperrgebiet). The second project will be developed by an independent power producer (IPP) for a capacity of 50 MW. But the implementation of these projects will be done after a thorough review. These installations will depend on environmental impact management models, since the wind farms will be located near the coast, and in a national park, with a risk of collision with seabirds.

NamPower has in fact contracted the environmental consulting firm Enviro Dynamics since February 2020 to conduct an environmental impact assessment. Companies interested in building the Rosh Pinah wind farm have until January 22nd, to apply.

NamPower is planning the project as part of the Renewable Energy Feed-in Tariff (Refit) program, which has enabled Namibia to build several clean energy plants. Namibian authorities want to increase the share of renewable energy in the country’s electricity mix by 70% by 2030. According to Power Africa, Namibia has 680 MW of installed electricity capacity, including 517 MW of hydro, solar and wind power generation capacity.